It all happened one ugly and stormy day. It was raining heavily. McKenzie and Jack were spending a night at their grandparents' house. They and their “imaginary” friends were quite bored. Their grandfather noticed that, so he decided to take things into his hands. He showed them his childhood album. He told them the story of the invention that he invented long time ago. The invention got crazy and he couldn´t do anything about it. The invention hid into a magical forest. They called it magical because the fairies lived in it. They guarded the forest from evil and made it safe for children. The children´s laughter made the forest grow, but if there was an evil in the forest it would not grow anymore and fairies wouldn´t be able to keep it safe. That was exactly what the invention wanted. It trapped all the fairies and all of the evil in this world got in to the forest. Grandfather told his grandchildren McKenzie and Jack that they could save the forest and fairies. But they had to go back into the past because the invention was too strong to be destroyed now. They went up to the attic where they found a chest with the map of the magical forest, a machine which could go back in time and a letter that said if you want to use the machine you had to say 4 magical words 3 times: “I BELIEVE IN MIRACLES”. All of a sudden a magic door appeared in front of them. They opened it and they fell into a black hole that seemed endless. Of course their “imaginary” friends came along: Speedy, Grouch and Hazel. Their journey had just become weirder.

They fell on a high purple grass. They were surrounded by small blue and green trolls, who were quite nice to them. They showed them were they were now and a path to the magical forest. On their way to the magical forest they met some strange creatures. Some of them were red and black hearts, the underwater king, big dragons and many more. As they kept on walking they chose an army which would help them defeat the evil and would bring the children´s laughter was there again.

One day they started the war. They had to! The war lasted 3 winters and one spring. Finally the invention surrendered. It told the children that it just wanted some attention. The war was over! The fairies got free. Evil was beaten and everything turned out just great. Suddenly a strong light appeared but strangely the children were no longer at the attic. They were in beds with their mom. They told her what happened, but she just kissed them goodnight and told them that they had a really big imagination and that it was just a dream. They did not want to argue with their mom so they just agreed with her. As soon as she got out of the room they both fell asleep so calmly with a smile on their faces. They were sure that their “dream” was real because they saw the machine that could go back in time, the magical forest map and the letter with 4 magical words: “I BELIEVE IN MIRACLES!” in the back of their room. 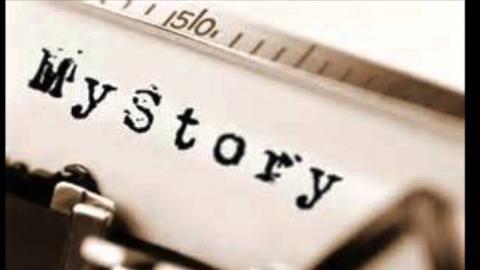