Once upon a time in a faraway land,lived a brother and a sister named Lilly and Adam. So one beautiful spring morning they decided to visit their grandpa Joe. They didn't see him in a while and they missed him a lot. As he didn't live far from them they asked their parents if they could visit him. And in no time they hopped on their bicycles and went to see their grandpa Joe. When they got there they found grandpa sitting outside in his rocking chair,swinging back and forth. They shouted excitedly:"Grandpa!!!" He got up and said:"Hey kids! What brings you two here?" They replied:"Well,we just missed you!" He said:"That's nice. Come on in!" They got in,sat in the living room and grandpa began to tell them a story as he usually did every time they had visited him:"When I was young, my parents told me never to go to the Forbidden Forest. I always wondered why! Well, some kids were playing there and got sucked into a portal which led to another world. This is a true story,you know?" But of course they didn't believe him.

Soon after the story,grandpa needed to take a nap so they went out to play. Suddenly Adam said:"Hey,wanna go to the Forbidden Forest?" Lilly shouted:"You heard grandpa! We can't go there!" "Why not?" "I don't know...I'm scared..." But Adam was persistent:"Pleeease!" Lilly said:"Okay... But we have to be careful!" So they went to the Forbidden Forrest. On their way over there they played and had so much fun,so they lost track of time. They got deep into the forest and realised they were lost. Now they were both scared!

After some time,while they were wondering around,they found some sort of buttons on the ground. They were big and there was a small board with even smaller buttons with some symbols on them. Then they saw that the big buttons also had the same symbols,but some were missing. They decided to push one of them and a portal opened. They tried to escape,but they couldn't. They were sucked into it and fell unconscious. When they woke up, they found themselves in the middle of a meadow floating,being carried... Soon they freaked out because they were on the back of a big bear!! But the bear calmed them down and...well...put them down. Then they freaked out even more realising that the bear could talk! He said:"Calm down,calm down. It's okay. I'm Benjamin and you are in Miracleland. These are my friends Olivia the rabbit and Hazel the squirrel." Lilly and Adam were a bit confused but said:"Ummm...Okay? Hi?" Olivia and Hazel were excited and said:"Hi!!" Then Benjamin spoke again:"Could you please help us? Miricleland is in a lot of trouble. A crazy scientist called Gustavo lives here. He came to this land just like you. Through a portal. He tried to escape,to go back home,but he couldn't so he went crazy.

Now he is building a rocketship to help him go back. But he needs a lot of trees and paper,so he's cutting down all the forest and poor animals are losing their homes.

We are going to give you a map to help you." Lilly and Adam were very sad so they decided to help them. The friendly animals took them to their home and gave them a map. Hazel told them:"Here! This map will lead you to the scientist's castle. Good luck, and thank you again!" Then Olivia gave them some bicycles and wished them good luck!

On their journey they saw some interesting creatures like:a glowing bird,a fairy even a dragon! It was a fun way but soon they got to the castle... As they were thinking how to get in, it hit them! But they needed some help. They needed Benjamin,Olivia and Hazel. So they asked the fairy to call them. Lilly and Adam felt lost and sad until their furry friends came bringing some very useful things.

They sat down and thought of a plan.They would all dress up and take special positions to make it look like a dragon shadow. So they did. And it actually worked! The scientist got scared and tried to hide but he couldn't.

They decided to talk to him and hear him out. He cried and apologised for all he did. He didn't know any better. Finally, he was forgiven in a way that everybody agreed to help Gustavo,Adam and Lilly to rebuild a portal back home. They left Gustavo working in his lab to make some seeds that would help the forest grow again.

Everybody was happy again as they got their old home again. It was time to say goodbye... They felt sad,but Adam and Lilly promised to come back again. They went up through the portal and soon they were home. They decided to take Gustavo to their grandpa's. He came out of the house all suprised!"Where were you? I was so worried! Wait... Gustavo? Is that you?" Gustavo replied:"Joe! I haven't seen you for so long!" And they both cried a little. They were childhood friends. And Adam and Lilly still visit Miracleland. 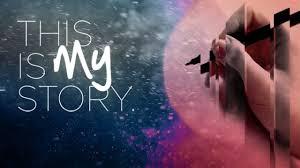