Once upon a time, in a far faraway land, lived a man whose life was rather peculiar and quaint. Albert, he was. People thought of him in a strange way. They believed he was quite odd beacuse all he did was spending time in his lab and misusing the nature for his weird experiments. One day as he was working as usual, he found the right formula for his biggest invention ever. He created a fearful monster that would wake up only at midnight. He was proud of himself and eagerly waited for the moment to come.

The monster woke up the following night and Albert was up too. „ Oh my gosh! What an adventure!“, he thought. But his joy disappeader and he noticed that something was wrong.The monster went mad... and Albert couldn't do much. The monster ran to the forest, scared and lost...it hid between the enormous trees.

The next day brought a huge sadness for the villagers as day witnessed the scene: cut down trees, meadows with no grass of flowers and poor animals wandering around looking for a new home.

It was a sad day for all...Albert decided he would never ever again do any experiments in his whole life. He went living on his own, lonely life, he had no wife nor kids and above all he had no friends.One day all of a sudden, a ball dropped into his garden. Mary and Michael came looking for it. They were just kids, curious and playful, so they jumped over the fence and...oh...what a great sight there was. The yard was full of weird things, unknown objects, big and small and most of them broken. Despite that, they went on exploring it and in a moment they found themselves in the house. It looked like a real labyrinth, confusing and difficult to wander around... One of the rooms caught their eyes, tempting them to come in...there was an old man sitting in his rocking chair, next to a lifeless monster that he once made. It was a scary sight, but the kids just did not fear...they hugged the old man and the monster and soon they became friends. Albert decided to share his secret with them, he showed them pictures, told them stories and finally cried out his crazy experiments for he was the one who destroyed the forest. Mary and Michael felt sad so they decided to help Albert. Albert was...should I say totally shocked, but oh so happy!

He took them to the attic and there it was, a dusty and old chest, forgotten and hidden but it kept the greatest secret of all. It held the solution to all of his problems. He opened the chest slowly and there they were: a teddy bear, a squirrel and a rabbit... and a small bottle of some odd dust. „How strange!“ kids thought but they just grabbed the toys and started playing with them. „Oh, dear!“ Mary screamed. She broke the bottle and spilled the dust over the toys who instantly became alive. Mary and Michael stood in fear, but Albert calmed them down and introduced them to Alfie, the rabbit, Teddy, the teddy bear and Olivia, the squirrel. „What a bunch of new friends !“, the kids thought. And they wanted to play with them a bit more, but the animals had something else on their minds... „The kids could save the forest, couldn't they, Albert?!“ „Indeed! That is a great idea!“, said Albert.

Mary and Michal looked at each other,unfolded the map, put on their animal costumes so noone could recognize them and the plan started to get real.

Albert opened his rolls of old experiments and they held the secret of making the trees and flowers grow again. He gave them another bottle of some other peculiar dust and rushed them into a vehicle that coud fly...can you imagine that?! And whoosh...they were gone.

They sprinkled the dust over the forest and meadows and let the wind do the rest. „Oh, Teddy, Teddy...“ Olivia cried with joy. „Look“ and there it was: a miracle! The trees began to grow again...the meadows full of colorful flowers and just in awhile you coud hear the birds' tweet, tiny animals running around, the sounds, the scents... Mary and Michael hugged each other. They made it. But what about Albert? He sat down, his eyes in tears, but tears of joy and delight. The monster was gone, the forest was there again and most of all he found some friends. 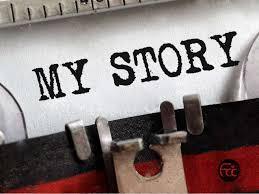