THE GUARDIANS OF DOOMTOWN AND THEIR STORY

Once upon a time in a faraway forest lived Tom, Jerry, Rachel, Bilbo and Oggy. They were ”the guardians of the forest”. All of them together had the task of keeping the forest safe. The forest was on the edge of Doomtown. And Doomtown? It was a city of nature, peace and beauty. Let me tell you about the guardians. Tom was the leader. Rachel always wore some cute dresses. She was also a little bit bossy. Jerry was the witty one. Oggy was very confident. Well, maybe too much. Bilbo was very funny and witty. Their job was keeping the forest safe as it was the center of the city itself and gave the city its peace and beauty but from whom? From horrible and frightening machines that came from the planet Oho.

But terrible machines didn't come to the forest. Or they did…? One night, Jerry went to check the forest. He heard some really strange and scary noise. Yes, the machines did that. The forest was gone. Maybe you wonder why they did that? Those trees were their food! Jerry was shocked and angry. And very sad, too. He ran away to the other guardians as quickly as he could.

Jerry came to the guardians and told them everything. Everybody was shocked. Since it was very late, Tom suggested they should meet at his place tomorrow. When they gathered, everybody was upset. While everyone was sitting and thinking about what to do, Bilbo was exploring Tom's chest in the corner of the room. And suddenly he saw a map. ”What do we have here?”

Everybody looked at the map. It was an old map. At first, they didn't understand it. Then Rachel figured it out. It was the map of their town. But something was different. There were markings of hiding and emergency places on it. But they still didn't know what to do. Then Tom saw some mountains on the map and remembered that Benjamin, an old wizard, lived in the mountains so he got an idea.

Tom said they would go to the mountains and ask Benjamin for help. Before they set off, they took their equipment they got from the queen of Doomtown for emergency cases. While they were walking, they notices that the whole town was dull and sad, since there was no forest in the center of the city. ”We gotta hurry!”

After an hour or two they finally came. It was like a cave in the mountain. It was a bit scary but they were brave. They got in there and there was an old wizard sitting by the table which was full of papers and some drawings. He wore some unusual green gloves and had some really weird glasses. Just as they entered, the wizard jumped with fear. ”We need your help, Benjamin!”

They told him everything. About the forest, the machines, everything. The wizard knew it was his responsibility too, to take care of the city and the forest so he decided to help. He put on his magic gloves and glasses and asked Tom to move away from the table. He took some kind of a light bulb and did something with his hands above it. Then a rain cloud appeared above the light bulb and suddenly disappeared. Benjamin said he sent a cloud to the forest and the forest will be saved. He also told them not to go to the forest before the sunrise. And they left.

Next morning, about 8.00 a.m., the guardians came to the forest. Yes, it was there. They were so happy because Doomtown was ”alive” again. Small adorable animals settled in the forest, there were again trees, bushes, grass,… It was a moment of real happiness. Of course, thanks to the guardians and the wizard.

The forest was saved, everything was settled again, but… Maybe you're wondering who knows all this stuff; the guardians, the forest, the wizard or the machines? Who's telling you this story? Doomtown isn't safe, let me tell you that! I'm Jeff from the planet Oho, the king of the planet and the machines. I've been observing Doomtown for ten years now, trying to make a plan how to destroy it. Now, I know how… 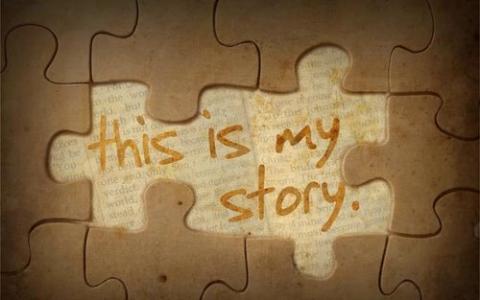