We have played in that forest since we were children - The Sky Woods, green and leafy. The legend says that thousands of stars fell into the woods and that each star became a tree. My brother Carl and I played with our best friends, wood elves who lived there. Then one day, Carl took me to the woods because he wanted to show me a crumpled piece of paper he had hidden in an oak tree. It was a treasure map like no other. We started to follow it and after a while we noticed a small door. As we passed through it, we fell underground into the fantasy world of small defenders of nature. There was a man standing in the middle of the room. There was a chest in its middle. He opened it and showed us what he had collected over the years: leaves, branches, mushrooms, berries, fruits, flowers, birds, leaves of grass and butterflies. Then he cast a spell on us. We turned into wood elves living deep with the forest, protecting every tiny rain drip. Then we realized that people would never change: they were cutting trees, leaving plastic oil bottles behind. Our Sky Woods from the beginning of the story was getting smaller and smaller, until one day all the trees in the forest completely vanished. All the trees in the world are going to fall sooner or later, and our forested realms will be just a distant memory.

A query: How far have we come? How to save nature? 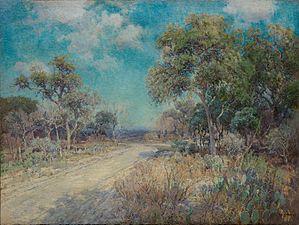