SECRET OF THE BOX IN THE ATTIC

Once upon a time, in a small lab in England, lived and worked an evil scientist Max. He wanted to make storm so big that it would crash all the trees in the nearby forest. But the forest wasn’t empty, there were many animals in it! Max had a map with marked red cross where the storm was supposed to begin.

The next day the forest was full of crashed trees. Trucks came to clean the forest. All animals were forced to find a new home. Squirrel Mimi was sad to see the forest destroyed. She decided to call her friends for help. Brother and sister Sam and Lya, bear Rocky and bunny Ludwig were watching the forest from the field. They instantly knew who was responsible.

Then Lya had an idea. They had a box full of costumes in the attic. They will dress up and scare Max and he will put the trees back into the forest. That was what happened. Sam was dressed as a scary dragon, Lya as an Indian, Rocky as the pirate, Ludwig as the knight and Mimi as the raven. When they arrived to the lab they adjusted themselves so they looked like a scary dragon. They were roaring: „Give me back my forest now!“ and Max was so scared that he returned the forest the same moment.

Sam, Lya, Rocky, Ludwig and Mimi were happy and went to the forest to play. After that, they were in the forest every day. They photographed all of the happy moments and then put the pictures in the album, to remember everything when they will be older.

When Sam got older he took the album and remembered all those moments. When he was done, he put the album in its place, in the box in the attic. 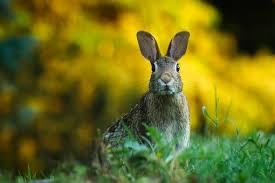