It's 2079. Just a casual day in Ostwille... well at least for now. Technology has improved a lot. Kids don’t play with toys anymore. They just use technology. And so does everyone else. Kids, teens, parents…everyone. No one reads books anymore because they have the internet. But one day everything changed. It was the 29th of April, a Sunday. There was this family - the O'Shea family. The O'Shea family had 4 members : Kaycee – the mom, Julian – the dad, Jessica – the daughter and Cole – the son. The kids were 12. The O'Sheas argued about something so the children ran away. They ran into a forest. And after a while, they were lost. Great, right? ,,It's getting dark, we should find a place to spend the night at'' – said Cole. ,,But there is nothing here accept an old house..'' - said Jessica. ,,Well, that's the best we've got'' – said Cole. They went inside the house. ,,This is creepy'' -said Jessica terrified. They found an attic and went in it. They saw a big chest. As they opened it, their eyes started shining. The chest was filled with toys! ,,Woah!'' - said Jessica ,,This is awesome'' ,,Yeah!'' . How many things were there? There was a football, a plane, a robot, a rocket... even a Welsh flag! What a find! Soon some animals joined them. A bear, a squirrel and a rabbit. ,, They are probably from the forest. They must've followed us'' Cole said. ,,They seem friendly'' she said. And they sure were. '' Look, a map!'' he said. ,,That’s weird. There's a castle, an owl, a snake?? What kind of map is this?'' she said. ,, I have no idea. Let's just go to sleep and we will take a better look at it in the morning''. Cole found a blanket in the chest so they were not cold. So they fell asleep…and then BANG!!! A loud noise could be heard from outside of the house. ,,What was that?! It was loud'' he said. ,, Yeah, I don’t know.'' she said ,,Get your stuff, let's get out of here'' . The kids and the animals started leaving the house. But as soon as they opened the door... ,,What is this?? There was a forest here. People are cutting trees with the machines that still existed back in 2018. I am very confused'' he said ,,He-Hello?''. ,,Who said that?'' she said ,,Look down'' ,,Oh hello there Mr. Fox'' ,,Can you help me?'' ,,Sure, what's the problem? '' ,,They are destroying my home, can you please tell them to stop? They won’t listen to me'' – said the fox ,, I don’t think they'll listen so you can stay at this house we found'' he said. ,,Thank you but…what house are you talking about?'' the fox asked. ,,What do you mean? The house behi-...'' As Cole turned around, he froze. Where's the house? ,,It's gone!'' she said.

There was this professor, Prof. Besson. And he was crazy. He did all these crazy experiments and his lab was a mess, just like he was. There were papers, a rocket, weird electricity stuff etc.

BACK TO THE KIDS

The kids and the animals explored a bit and found some costumes! (Don’t ask how…I really don’t know)

Jessica knocked at the door.

While the professor was working, they made a shadow that looked like a dragon. They used the costumes and other stuff like a broom, an umbrella...

Everyone laughed. It was fun!

The squad walked a bit more until Cole spotted something.

The squad went and had fun. Everyone was dancing, laughing and having fun. Until the kids woke up... and realized it was all just a dream. Or was it? It's up to you to think.

Many years have passed since the ,,dream'' .

The family lived a normal life, nothing mysterious and weird going on.

One day Cole was looking at an old family album remembering all the fun times with his family... and eating candy. He was also thinking about the ,,dream''.

What do you think? Was it real? 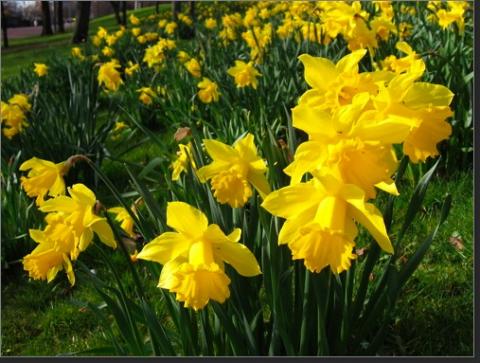