The Big Adventure… or Not?

Once upon a time, there was a girl called... Oh, wait!  She still exists. Not a lot of people see her, but I know she is somewhere out there. One day, if you will be good enough, you might see her playing with her friends in the forest, but let`s focus on the story now.

There is a little fox that lives in the forest. Poor fox. People are ruining her home. They are cutting down trees because they need wood to warm up their houses. But nobody cares about all the animals that live there.

In that forest live a lot of other animals, too, like bears, rabbits, owls, squirrels and even a dragon. Don`t worry, he is not dangerous. They all love to dress up and play. But now they are worried, because they can`t save their homes by themselves. So, a good-hearted girl Stacy wants to help them. She understands their language. But she is still just a little girl, how can she help them?

Well, her father is a scientist, so he is trying to make a potion that will make people listen to what animals have to say. But he has to make sure that animals are not going to use that in a bad way. One day, he meets a very intelligent boy Isaac. He decides that both Stacy and Isaac are going to train the animals and be their friends, so they can look after them. After awhile, Stacy and Isaac become really good friends. And the potion is getting better and better.

One night, the scientist stays up late to finish the potion. He looks at the clock and sees something strange. It looks very scary, like a big, giant… Oh, it`s just the dragon, other animals and Stacy who want to help him. They work all night and finish the potion. They are so happy and proud.

In the morning, Isaac comes to visit Stacy and her friends. He looks very surprised and stunned that the potion is done so quickly. He informs them that he has found a new home for all the animals. He wants to show Stacy something interesting. He gives her the binoculars.

Stacy looks through the binoculars and sees an old man looking at the photos and next to him, on a small coffee table, there is a map. They decide to go there and ask him if he will borrow them the map. If you are asking yourself:  “Why do they even want that map?”, it`s because that is not an ordinary map. That interactive map shows the forest and all the places around it. So Stacy and Isaac explain the man what has happened and he borrows them the map.

They immediately decide to start the trip. They think that the map can help them to find another forest until the trees grow again as they were before. Look at the red X on the map! It shows Stacy, Isaac and their animal friends as they are walking through the forest. There is a beautiful castle in front of them. They decide that Stacy, her father the scientist and Isaac can come there often while animals are in the forest, just in case that other people come and want to cut down the trees. The map has helped them to find a lot of different places around the forest.

They are so happy and they are walking really fast so they can go to the new forest and play. They thank the man and give him back the map. In return, he gives them a wooden box full of toys.

Now they are in the forest again, playing with their animal friends and having a lot of fun. Animals can talk now because of the potion. They are very thankful to their human friends. But something distracts them. Stacy hears a familiar voice. It says: “Get up, Stacy! You are going to be late for school.”

Stacy is waking up slowly; a little mad because she doesn’t want for this adventure to be just a dream. About 15 minutes later she is at school. She is telling her friends about her dream. And right then, the teacher comes in and says: “This is our new pupil Isaac.”  Stacy thinks he looks really familiar. Wait a second… It is Isaac - Isaac from her dream! She asks herself was it really a dream or everything was real. In order to find out, she asks him whether he likes animals. Can you guess his answer? Of course, he says: “Yes. I love them so much that I dream about them all the time.” Then he describes his last dream. She just stares at him a little bit and says: “What a coincidence! I had the same dream!“ They stare at each other for a while, but then the teacher interrupts them. “You two lovebirds, sit down! The class is starting.“

After school, Stacy invites Isaac to play with her stuffed animals, which he gladly accepts. They are having so much fun. Suddenly, it seems that one little teddy bear quietly says: “Thank you…” At that moment, their eyes meet and they are shocked again. Who knows? Maybe, one day, the adventure will become real. Maybe you will see them playing in the forest with their animal friends. We have to be patient for that, but maybe it will happen. Maybe… Or maybe it has already happened? Who knows? 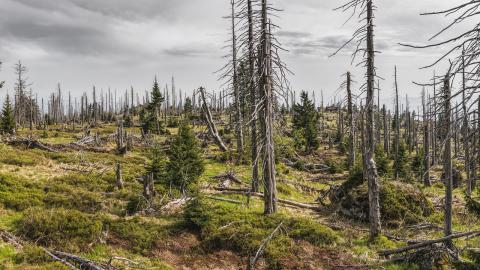