The Story of the Planter

It was autumn. Little Mary and Leo were staying at their grandfather's bungalow. He was pleased to see them because he was quite lonely. The children played in grandfather's backyard. He warned them not to go into the woods because it was dangerous. It was fun and exhausting but they soon got bored and decided to go into the forest, even though their grandpa said not to. And so they stepped into the thick forest with tall trees and a lot of leaves. It was very windy. They followed a little dirt path. They soon got lost. They didn't know where they were, they only knew that it was windy and chilly. They started dancing in the wind until some forest animals, a bear, a squirrel and a rabbit, came and joined them. The bear's name was Grizzly, the squirrel's was Chippy and the rabbit's name was Mr. Carrot. Eventually they all sat down and decided to rest, all the while telling fairy tales about magical forests, princes and princesses, until Grizzly decided to speak.

He told them a story about a little abandoned cabin deep in the woods, and gave them a map with the exact location of it marked with a big red X. In the cabin was a chest, but nobody knew what was inside it or who left it there. Mary was really curious, so she got up and said: "Let's go find it!". Leo was a bit anxious, but agreed because Grizzly told them that there was probably treasure in it. So they all decided to go and look for the secret chest.

On their way they met a fox who looked very sad and had a little bag on his back. Mr. Carrot asked what was wrong. The fox replied with tears in his eyes: "Well, recently, half of the forest where I lived got cut down and I was left homeless. I decided to move to the other half and I hope that it doesn't get cut down too." When Mr. Carrot and the others heard what happened, they were very upset and worried. Grizzly gave him some apples which he picked from some random tree, Chippy gave him some nuts, and Leo some kibble which he had in his pocket. The fox thanked them and went on his way.

They continued their search for the lost chest. Grizzly said it was not that far away because they were coming close to the centre of the forest . When they finally arrived, Grizzly was shocked to see the door opened. The others asked him what was wrong. "Nothing," he replied, " it's just that the door is usually closed and the windows open." They all stood in fear. Mary, who was the most scared of all, took a deep breath, squeezed her fist and stepped right in. The others warned her not to but she didn't listen. She was just too curious.

A wooden chest was right in the middle of the tiny cabin, just waiting to be opened. There was a blanket covering some kind of silhouette but Mary didn't care. She was only interested in opening the chest. She tried to open it, but it didn't budge. She needed a key. Mary was furiously walked around the cabin. The floor didn't creak, all you could hear was her mad stomping. The others just glared at her and didn't say a thing. Suddenly, she stepped onto a loose plank. There was a little opening between two planks and in it was a little wooden box. Mary was quite surprised. She quickly picked it up and opened it. Inside it was a key! She rushed straight to the chest to see if the key fit. It did! She opened it and inside it were costumes.

What?There was a costume of a dragon, a native American, a pirate, a cape and a mask and a small knight costume. They all fit them perfectly! Leo was the dragon, Mary a native American, Grizzly a pirate, Chippy a masked avenger, and Mr. Carrot was a knight. The mystery was finally solved after many years! But then, they noticed the blanket. Leo removed it and there was a door leading to a basement.

When Leo opened the door, he saw a light shine down the stairs. They all came down and saw machines, notebooks, gadgets and more. There was a man standing by a table wearing a lab coat. He saw them and quickly said: " Hello, I am professor Jack. Welcome to my laboratory! Ah, you are probably amazed by the things down here, and yes, I invented every single one of them!" They all stood there and looked around.

Out of nowhere, he said: "Would you like to help me with an experiment? Yes? Can you get into that capsule there? Ah, perfect. Now, for the experiment." Professor Jack pulled a lever and there was light shining all over the dark basement. When it finally stopped, out came all of them combined into one! The professor named it The Planter because it was designed to plant trees! The Planter roams the same forest, planting new trees as more get cut down!

A few years later, the grandfather was looking at some pictures of The Planter, his grandchildren. He was sad because he lost them, but proud because of their important job. 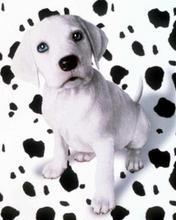