The Mystery of a crazy Scientist

Once upon a time there was a scientist who lived in a castle on a hill. Early in the morning, he would leave his castle and disappear in the woods. Nobody saw anything. However the trees suddenly started disappearing one by one. A bear named Theo lived in those woods. Confused, he rushed to his friends. "Hazel,Hazel!" he yelled while running on a green field where a squirre Hazel lived on a lonely tree. Theo heard a quiet groan just before a small head poked out of the tree asking what was wrong. "The trees...they are disappearing!" Theo yelled once again. Hazel's eyes widened. Quickly she slid down the tree. "We have to tell Sebastian and Abbey!" Hazel said before heading towards a farm that Sebastian and Abbey lived on. Breathing heavily, they knocked on the door. It opened revealing Abbey with Oreo in her hands. "What's wrong ?" She asked concernedly. Theo explained everything . "Come inside. We have to make a plan to catch whoever's cutting down the trees."Sebastian said. In the middle of the night, Hazel's tree started moving. She woke up, exited quickly, jumped down and ran to the farm while watching the scientist cutting down her tree. Hazel climbedup Abbey's window and told her what had happened so she took a pair of binoculars. She let out a frightened gasp as she spotted the scientist. "We're going to end this and save the woods." Abbey told Hazel and climbed out of the window to find Theo. Abbey rushed to wake her brother up. Sebastian was sound asleep. She tried everything. Shaking him,punching him,pulling his hair.. But nothing. Not even a twitch. "Maybe this will work."Oreo told Abeey, handing her a glass of water. Abbey smiled mischievously before raising the glass above Sebastian's head. As she tilted, the cold water spilled all over Seb's head. "Abbey why did you do that?" Sebastian asked frowningly. "There's no time to explain - we have to help save the woods." "Come on Seb. Don't be a baby." "Fine!" Abbey ran to their living room with Sebastian and Oreo close behind. Few minutes later Hazel and Theo joined them. Abbey came back with a map in her hands. She spread it onto a table in front of everyone and drew some lines with a marker. It was visible that the lines connected their house to the castle but the path was interrupted by an X sign. "Is this a treasure map?" Sebastian asked in an astonished voice. "No.This is a map that leads to the castle.Hazel found out that the scientist who lives there is our mysterious person." Abbey answered. "So what is this X sign doing here?" Theo asked. "That's where we'll find our masks." "And what do you need masks for?" Hazel asked. "It's all a part of my plan, silly. How else could a couple of children and small animals scare an adult?" "That's true." They ran out of the farm and got to the deforestated area. Suddenly, a small wooden shack came into view. There was only a single treasure chest in it. Abbey pulled out a key from her pocket and Sebastian helped her unlock it. It opened easily and colorful toys and small sundries fell onto the wooden floor of the shack. Hazel found a small superhero costume and went outside.Oreo, who had a soldier helmet, a duster and a shield, followed her. Theo was wearing a pirate's hat, an eyepatch, pirate's outfit and binoculars. Sebastian's black locks were hidden by a dragon mask. He had a dragon costume and carried a broom and a backpack. Abbey had a tribal feather chief's hat and a light orange dress with a yellow sun drawn on it. In her left hand she was carrying an umbrella. When they walked out of the part of the woods that hasn't been destroyed yet they had to cross some train rails. They moved on to the mountains like little soldiers and didn't stop.They were brave and had only one thing on their minds. To save the woods . They reached the castle. They walked in and started exploring it but it was hard to find the scientist. When they finally found him he was in his laboratory thinking about his new machine which would turn him into a god. They heard about his evil plan so they made shadows which turned into monster shapes. He thought those were monsters in his castle so he ran away forever. Sebastian found some kind of device. " I found this under the table. I'm not sure what is it" He said shockingly. "I think this is a device scientist used to make trees disappear." "Maybe it can make trees come back again." Abbey added excitedly. "Why isn't it working?" they all asked. "I don't know, perhaps it is set up for making trees disappear." "Let me look." Oreo said."Yes, it was set to make the trees disappear, but I'll set it up to make trees come back." "It will work now! Everybody, get back." Theo said and turn it on. Trees actually came back and everybody was happy and they celebrated it. Years and years later Sebastian was sitting in his rocking chair with one of his grandsons in his lap. They were looking through an old fotoalbum. Sebastian started telling his grandson stories about his adventures but the child just giggled not understanding a word he said. Seb looked back at the memories he had made with Abbbey and their friends nostalgically wishing to relive every milisecond of his childhood once again. Sebastian's heart was finally at peace and so was Abbey's. And the scientist? He started pushing up daisies a long time ago but little did they know the story did not end there. The scientist's evil plans and creations fell into the hands of an even more evil master mind. But this time there is no one to stop him.. 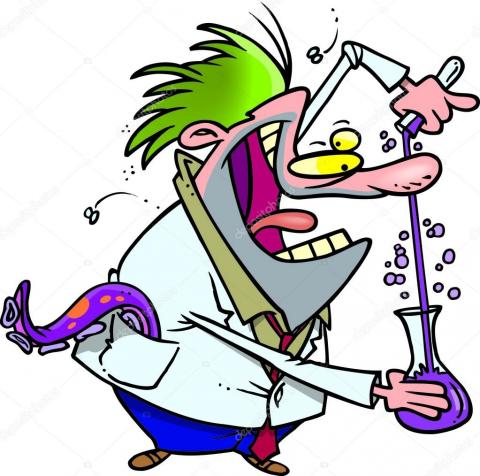