One day, an old man was looking at his photos. He found his favourite photo. It was an event to remember. On that fine day he and his friends were playing in a beautiful and mysterious forest. It was beautiful until a crazy scientist put a curse on the whole forest.A big machine appeared and cut down all the beautiful trees. Friends had to move out. The old man ( a boy then ) remembered that he had a chest in the attic, with a variety of toys. In the chest was a map. He and his friends decided to find the place marked with the letter X on the map. They came to the marked place, and saw a great fortress. Then they found out that in the fortress lived the crazy scientist who destroyed their forest. They went to the chest full of toys and made costumes. The old man was a dragon with a broom, a friend of his was an Indian woman with an umbrella, the teddy bear was a pirate with a pirate's hat and binoculars, the rabbit was a knight with a sword, a helmet and a shield, and the squirrel had a mask over the eyes and a cape. They went up to the fortress. They somehow made a shadow of a frightening dragon. Crazy scientist got scared of the dragon and escaped. When he left the forest, the trees started growing again, and the boy and his friends returned to the forest. It was an exciting adventure that he never forgot. 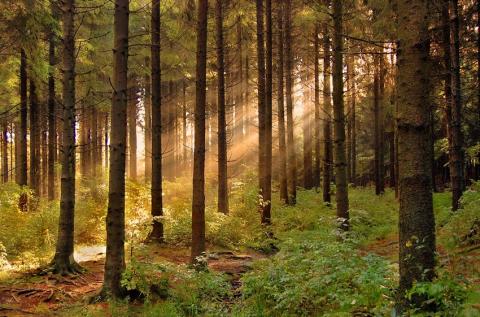