Taking a trip down memory lane

It was just another ordinary day. Luna, Daniel and their friends Billy the bear, bunny and Foxy were playing in the forest.

Everybody was having fun and they were all fooling around, until all of a sudden Luna tripped over something and fell on the hard ground while she was doing cartwheels.

Everyone rushed over to see if she was okay and to help her get up.

When she got up she searched for what possibly could have she fallen over, and the only thing she saw was a little golden lump, but it seemed like there was more of it so Billy the bear with the help of others dug it up.

They realized it is a treasure chest and that made them very excited, but firstly they had to bring it in the house because it was getting dark outside.

As soon as they did that, they opened it and found a bunch of toys in there.

Amongst all the other toys the one that stood out the most and the one that caught their attention was an old looking map. They all reached for it, almost ripping it apart.

It was very fragile and also very dusty.

Daniel said that he will take it and open it because otherwise they will all be responsible for destroying it.

They were all confused after they took a look at it, but still they all wanted to explore it and get to the castle that was at the end of the map, so they agreed that starting the trip will be the first thing that they do in the morning.

As agreed, after they woke up Luna and Daniel got dressed and went to get Billy the bear, bunny and Foxy so they could all go to the castle together.

For some time they were just running and having fun because these parts of the map they were already familiar with and then Foxy said that this is the way to her old home and this is where her family lives.

They were all very happy to meet Foxy’s family, although Foxy did notice that there were not as many trees there as she used to see.

Because they were all suspicious, Daniel took the binoculars and looked ahead.

He saw that excavators were destroying Foxy’s old home and after he told the rest of them what he saw they ran to get there as fast as they can.

Unfortunately, they came there and saw that most of the trees were already gone and that Foxy’s family was getting ready to find another home. That made them all very sad but they couldn’t just stand there, crying, and do nothing so they made a plan to put hard rocks between the engines bolts so the engine itself wouldn’t be able to start.

As they did that, Foxy told her family that they were trying to get to the castle and showed her mom the map.

The moment Foxy’s mom saw what castle they meant, she shuddered…and because she knew that they were all very stubborn she didn’t even try to make them quit their plan so she just told them that they need to be careful because that is the so called Mad Man’s castle and that he is indeed very mad and crazy. She also told Foxy that he is the one of the reasons they are cutting down trees, because some of his experiments require chemicals that kill the roots of the tree so other people cut the tree before so that they can use them before they die.

They said their goodbyes right before they ended their operation to stop the excavators…they also wrote on a piece of paper: “STOP destroying this nature and everyone else’s homes!”

After all of that they put on some protection because they were told that going against the Mad Man will be extremely hard.

Now that they were armed, they were ready to face the Mad Man. They went up the long staircase that was leading to his castle, they argued but in the end they decided that with Daniel being the bravest one of them all he had to lead the rest and he has to be the one who will open the door.

Right before Daniel fully opened the door, Billy the bear fell over the last step and with him everybody fell down into the castle while almost breaking the castle walls that’s how loud they were.

The Mad Man jumped out of his chair because he almost got a heart attack.

So we can say that their plan was fulfilled because they surely did scare The Mad Man.

Luna, Daniel, Billy the bear, Foxy and the bunny all confronted the Mad Man and kept on asking him does he know how much damage he has done to the environment by doing his experiments that, most of the time, were just for his own entertainment and not for the good of others,

He answered by saying that he didn’t know it has done that much damage in such a short period of time but that he is truly sorry and that he will keep his experiments to a minimum and he will do them only if needed and in the right surroundings so that it doesn’t affect the nature.

In the end, everybody was happy with the results of this trip and the Mad Man gave Daniel what he wanted the most – a tour of the castle. 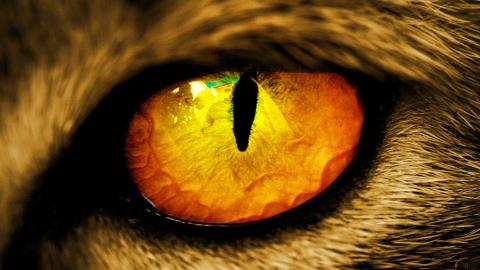