HOW WE SAVED THE FOREST

HOW WE SAVED THE FOREST

When I was a kid, I always wanted to be an adult, but now I want to be young again. Childhood is the best part of your life. It's sad that most people don't realise that until it is over. I don't remember my childhood anymore. In my teenage years I fell on my head and lost my memory. I never got it back. So, my childhood is kind of empty. The only thing I remember is just the fact that I wanted to grow up so bad, that I didn't live in the present, I lived in the future.

A few days ago, I couldn't sleep. I wanted to read a book, so I looked in my book drawer. I found this big book with a lot of pictures from my childhood. In that moment my memory got back. After so many years I finally got a chance to remember my childhood. The first thing that got in my head was the story about how my friends and I saved the forest. It is very important to me so I'm really happy to get to tell it to you.

When I was a kid I had a few friends that I was never apart from:

We loved playing in the forest, every day after school we would go in that forest. It was really fun to be there, but there was somebody that we were scared of - it was the evil magician.

He lived on the other side of the forest, in a big castle. He was a really mad person, he didn't like nature, forest and animals. So, we were scared that he would come and ruin it for us. He could easily ruin it all, and we knew he would do it one day.

That day came faster than we expected, it came too fast. He ruined the forest. He was fed up with the sounds of nature and seeing animals out the window. There were no trees, no flowers, everything was just empty. The forest was going to stay like that until he leaves.

The next day we came to the forest, we didn't know what happened last night. We were really sad and surprised when we saw the empty forest.

It soon started to rain so we went home and played some board games.

The other day when we got home from school we went to the forest again. We forgot it was empty, but I had an idea. In my basement was this dirty, old box. I know, it doesn’t sound too nice, but it helped us. We rushed to my house and got down the stairs to get to the basement. In the corner there was that dirty, old box I was talking about.

We opened it and took out some costumes. Our plan was to scare the evil magician, so that he leaves, so that the forest gets back to normal again. We looked great in our costumes and we went to the forest dressed like that. I was so scared, but I could never say that because Anne was there. She would laugh at me.

I couldn’t let that happen.

We slowly walked to his castle. The closer we were, scarier it got. We got right in front of it. I looked through the window and he was reading some letters from animals that left the forest because of him. He almost saw me. We started following our plan. We walked past the wall and he saw our shadow. He was so scared. The letters fell out of his hands and he started to run from the castle. We were so proud of ourselves.

He disappeared. We knew that in a few days the forest would be beautiful again. And it was. In a few days we were playing there, the animals got back, the flowers and the trees grew again. The animals were really thankful.

Nobody heard anything about the evil magician again.

I'm happy my memory is back. Now I’m going to tell everyone the story about how we saved the forest. 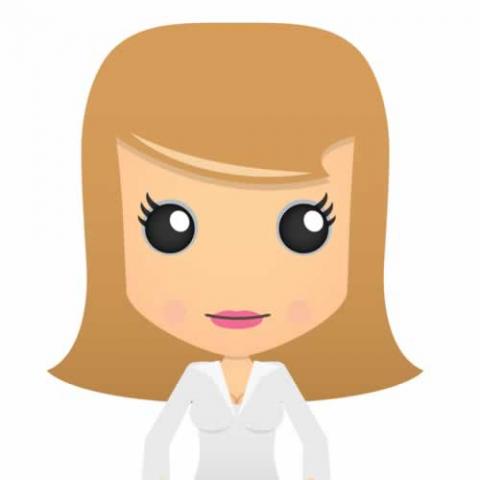