Once upon a time there was a mad scientist who was working on finding the Magical source. He planned to cut every tree from the Fox`s forest until he found it. One peaceful morning he brought workers and machines to make his plan work. The deal was: by the end of the day all animals need to move out. So later the fox packed her things and went crying. She didn`t know where to go so she went to her friend`s house. who saw what happened in the forest earlier that day. They said that they will help the fox no matter what. They tried to think of an idea but they couldn't think of what to do. Then, the boy came up with an idea: in the attic he had some costumes, somewhere in the treasure chest. He thought that they could dress up and find the scientist`s house and then they would talk him out of it. So they found an old map of their town. They ran, and walked, and finally found his house. Boom! They busted into his office. They yelled: ˝If you don`t return to the forest and grow back trees, we will call CFA- Criminal Fox Agents to arrest you for disturbing not just the fox`s life but putting in danger lives of other animals as well as other plants!˝ First he smiled and laughed, but then the boy gave him a letter. The scientist read it and got really scared, he started sweating like crazy. Then he said: ˝All right, I`ll do it, I`ll grow the trees again! But please dont`t call them!˝ He gave them ˝The regrowth potion˝. That night the trees already regrew. They danced and sang happily because the forest was back!
˝That is the end, my children! How did you like my story? That is how I saved the Fox`s forest in which you are playing today.˝ 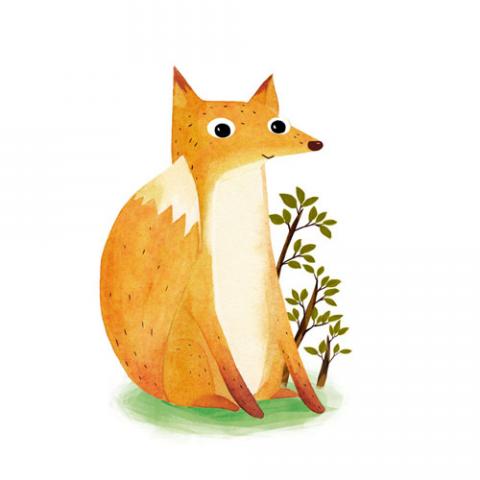