The Adventures of Robert, Molly and Tommy

There was once a land of Castelandia

In it lived a paranoid scientist Balthious.He was always told he was a failure,a dreamer,that he would never do anything useful.He decided to take revenge and unleashed a scorpion-lion-wolf chimera into the lab.

After half an hour he returned from his lunch and saw the building in ruins.He saw blood and bone shards covering what was left of the scientists and his chimera.He started seeing things and couldn´t sleep.

He went to a doctor and said that he was late for work because he went to early lunch.The doctor diagnosed him with PTSP for not being able to help his "friends" during that day.The doctor sent him to Castelandia to allow for his sanity to regenerate.

The land of Castelandia was afraid of the scientist,not knowing what he might do next in his unstable state.So the mayor sent the most innocent and unafraid people they could find in 3 hours.Their job was to force the doctor to take his medication.

The chosen ones were Robert and Molly,they were so innocent that they didn't even hear of anything bad other than scratches,the cold,bad morality.They were the perfect ones who would blindly follow simple instructions and execute them.The instructions were:

1.Find a guy named Balthious that laughs a lot and has a beard and white coat.NEVER go help anybody else on the way!

2.Give him these "candies" and he will be happy

3.Leave and don't talk to him ever again or else we will take your toys away for a week

4.Report to me everything you saw on your adventure

With those instructions told,they went on their journey!

Robert and Molly were always nice since they came to the land of Castelandia.They even got a magic bear toy named,yeah you guessed it Tom Napoleon Pantheonas III,still they always call him Tommy.While living in Castelandia they befriended some rabbits too!

While going on their quest they decided to use costumes to pass their time while goint to Balthias.Still they could not even move a mile without stoping to play!

After a while they packed their costumes inside Tommy (don't worry,to him it's like eating a giant cake).Then Robbert took out his special "Spy gear for young children TM" and looked around.

What he saw was a sad thing that he never even thought of being possible!

He saw a fox without a home,its home being taken away from it right in front of it!

Why?Because people want paper,to write too much without a limit,even though there are solar panels,wind turbines,and many more energy sources.

Those allow for digital writing and no deforestation,but people want only physical things,don't they?

Kids and adults,please help the foxes,or any animals and recycle and build/buy a solar panel,it just might save a life of an innocent animal (even if many animals kill without thought to eat other animals,but that is nature).

After seeing the coruption and devastation brought on by humanity Robert tells Molly and Tommy what he saw.Then he looks around for a few hours.

Once he finally sees the castle that was on the map he told everybody to pack up and put on their costumes.

They ask him why,and he tells them :"If our mission is to give Balthious happy candy,why don't we also bring a costume party to his house! I mean its only normal, right?"

"Hello Mr.Balthious,we are here to give you a fun time of your life! We also brought you this happy candy!" says Robert

Balthious doesn't understand what is going on,he starts thinking he must be seing things,he takes the pills as fast as he can and swallows them.

After a few seconds he stops laughing and looks more like a grumpy butcher at the local supermarket.He says:"Thanks kids,I really needed those.Please tell the mayor I am fine.I would like it a lot if you left my lab,so bye!".

After that they realise that they didn't go on a journey,but rather just acted as mailmen.

The bear got stiched up,and they stiched onto him some more wool.He looked like he was a strong bear!

The bunny just got a basket of carrots.

Robert never forgot the 4-hour journey he went onto with his sister Molly,teddy bear Tommy,and their pet rabbit.He even took some pictures of the events and wrote a book called:"Deforestation for our pride"! Of course it was digital! 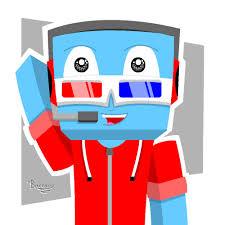