It was a rainy afternoon, and grandpa Dylan was seated at the table, looking at his old photo album. He was impatiently waiting for his grandsons to arrive. They visit him every Sunday. ‘Ah, how time flies when you are young,’ he sighted while looking at the old photo of him swaying in a swing. He remembers that day very well. That was the day when Kelly and he went to Wheldrakeleaf castle. Kelly was his classmate. She had big blue eyes and loved candy. She always had chocolate bonbons in her pockets. Kelly lived with her father, Mr. Connor, who was a scientist. Her dad gave her a white stuffed rabbit – a toy which Kelly lost that day. That is why Kelly asked Dylan for help. That day after school, they searched Kelly’s house but the white rabbit was nowhere to be found.‘ We haven’t checked the attic yet,’ Kelly said and started to climb the stairs. She loved that rabbit and was desperate to find it. The attic was dark and smelly. It was full of dust and old clothes, books and a big teddy-bear in the corner. Dylan heard some noise coming from behind a large wooden chest. When he opened it a big cloud of dust covered the attic. When the dust disappeared, Dylan and Kelly saw three pairs of ears – small brown ones, medium brown ones and large white ones. The ears were moving! Kelly’s toy rabbit was alive, and so was the teddy-bear from the corner. There was a strange squirrel, too. Kelly screamed. Dylan hugged her and tried to calm her down. ‘We have been waiting for you. We need your help,’ said the squirrel. ‘Talking toys?!’ Dylan thought to himself. But those were Kelly’s talking toys, so Dylan and she agreed to help them. They climbed into the wooden chest and, all of a sudden, found themselves on the hill. ‘At the other end of the forest’, said the squirrel giving the binoculars to Dylan, ‘in a Wheldrakeleaf castle lives an evil scientist. He destroys the forest by cutting trees with his giant metal machines and uses it for his evil experiments.’The squirrel started to cry as she explained. ‘I’m homeless,’ she sobbed. Teddy and the rabbit looked in amazement. ‘We don’t know anything about the evil scientist,’ said Teddy while holding the rabbit. ‘Look,’ said the squirrel wiping her tears and showing a map. ‘This is the magical land of Wheldrakeleaf. We need to follow this railroad to reach the castle. We need to stop the evil scientist,’ said the squirrel angrily. Everybody agreed. Dylan took Kelly by the arm as they followed the squirrel into the forest. The forest was truly beautiful. Everyone laughed and danced. The night slowly began to fall. But the Wheldrakeleaf forest was even more beautiful at night. There were sparkling butterflies flying everywhere. Everyone was joyful. Everyone except the squirrel. She crossed her tiny arms and seemed deep in taught. She was quiet. Kelly offered her chocolate bonbons but the squirrel refused. ‘Strange,’ Kelly thought, ‘everyone loves my bonbons.’ Moon seemed close. Dylan, Kelly and the rest crossed the railroad, circled the mountains and, there it was – the Wheldrakeleaf castle. The wind was getting stronger. The storm was coming. ‘We better hurry,’ said Dylan quietly. They sneaked past the castle walls and entered the main building. The inside of the castle was dark. There were all sorts of things lying around. ‘Let’s use these things and create a scary monster to frighten the scientist,’ Kelly suggested. Everybody agreed. Dylan dressed into a dragon costume he found in an old closed and took a broom from the corner. Kelly put an Indian feather bonnet on her head and held a black umbrella tightly. Teddy dressed as a pirate, Kelly’s rabbit as a knight and the squirrel as a bandit. They were ready. ‘But where is the evil scientist?’asked Dylan bravely. ‘There,’ answered the squirrel pointing to the top of the main building of the castle. Bright light was coming from the room at the top. They started climbing. As they climbed the light was becoming brighter. Soon, they were at the top. They slowly entered the room. There he was - the evil scientist. He was dressed in a white lab coat. His back was turned to the door. They couldn’t see his face. Kelly imagined his big crazy eyes and a mad man’s smile. It seemed he was experimenting with electricity. It was almost half past two. They jumped from the dark creating a large shadow of a scary monster. Dylan roared. Teddy and the rabbit shouted. They scared the scientist. He dropped his magnifying glass and tripped over some paper. He turned around to see what creature had attacked him. He had neither crazy eyes nor a mad man’s smile. Kelly instantly recognised him. Those were her father’s eyes. That was her father’s smile. ‘Daddy!’ she shouted and run towards him. But the squirrel blocked her path. ‘My plan has worked. I finally have you all at one place,’ said the squirrel. ‘You will never leave the Wheldrakeleaf castle. I will trap you here as I’ve trapped your father...’ but the squirrel’s words were interrupted by Mr. Connor. ‘No!’ he screamed viciously. He turned towards the squirrel. ‘I will never let you harm my daughter,’ he said. He pressed the big red button on a machine next to him. There was a bright light and a loud sound… Ding-dong. ‘Uh, that must be my grandsons,’ thought grandpa Dylan to himself. ‘It is the perfect opportunity to tell them this story. They will be really amazed with the ending,’ said grandpa Dylan. ‘Kelly, darling, are those our grandsons at the door?’ he asked while putting some chocolate bonbons into his pocket. ‘Yes, honey,’ Kelly answered as she was entering the room with two little boys – one dressed as a pirate, the other dressed as a knight. 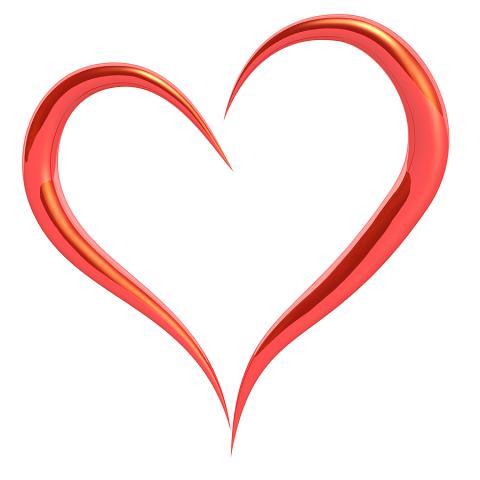