In a land not so far away, which everyone called Nearland, there was a forest named Livingwoods. It was always full of smiling children who enjoyed playing with animals. Until one day Livingwoods disappeared. Children didn't have a place for playing and animals lost their home

A scientist named Isaac was thinking and thinking what kind of new invention he could make. He was obsessed with the idea of becoming the best scientist in the world. In his obsession he didn't notice the consequences his research had on the environment.

Meanwhile, a Fellowship which used to spend their days in Livingwoods – it was made of heroes: a girl named Lilly, a boy called Jimmy, a bear Teddy, a rabbit Bunny and a squirrel Fluffy – began the search for the villain behind this story.

During the search they needed to rest so the group found a little house to take a nap in. As soon as they entered the house, they saw a huge case full of toys and costumes. In the bottom of the case there was a map and an old photo album. The album was full of pictures of a young boy and the map showed the entire Nearland.

The map showed different buildings and places in Nearland. In the north there was a gigantic castle surrounded by the trees of Livingwoods, while in the south side of Nearland there was blue see. East of the land was covered by mountains. West showed big red X and part of Livingwoods which was missing.

As the sun rose, the Band of Heroes decided to disguise themselves. Lilly was a chief, while Jimmy became a dragon, Teddy was a pirate, Bunny a knight and Fluffy a bat. The Fellowship began their journey to the destination.

Isaac was studying some formulas for a new experiment while the papers flew around him. Suddenly he saw an unusual shadow on the wall and he was scared so he dropped his magnifying glass, which shattered. The group of our disguised heroes explained the importance of Livingwoods to Isaac, and as they were leaving his lab they left behind a photo album.

Isaac was left alone and surprised. He began looking through the pages of pictures and he was reminded of his own childhood in the little house near Livingwoods. He had a happy life. He hadn't realized what he did to Livingwoods with his experiments. He stopped his project and decided to look for the cure for Livingwoods.

Soon after that, Livingwoods got its old glow and look. The fellowship of heroes resumed their happy life in the woods, while the old scientist Isaac returned to the little house near Livingwoods. They protected the woods and lived happily ever after. 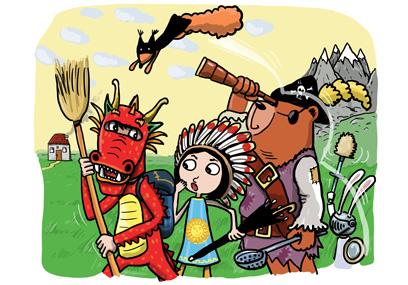