Few years ago there was scientist named Jeff. Jeff was obsessed with science. He studied physics, maths and chemistry. His life goal was to be famous scientist one day. He worked so hard on it, every day, all day and night. But he wasn’t always this way. Jeff has two kids Michael and Sarah and he used to have a wife Veronica, but she died in car accident. Jeff was a family guy, but since Veronica had the accident the only thing he cared about is science and his projects. Michael and Sarah were lonely and only thing that they had is each other.

One day Jeff decided to make friends for Michael and Sarah. He tried but only thing he came up with were animals. He had animal DNA in his lab so he decided to make a bear, a bunny and a squirrel. His kids were so happy. They gave names to their friends, the bear is called Reid, squirrel is Jenn and bunny is Aaron. Jeff felt guilty because he never played with his kids, but he thought that this will maybe help, maybe then they wouldn`t fell so lonely.

Michael, Sarah, Reid, Jenn and Aaron played all the time. They had their own jokes and secret messages and their favourite thing was a mystery box. All the toys that they have were in that box and every day they played with another toy. They had the best time of their lives. Their favourite game is called „ The crazy scientist“. Michael would put a suit on and he would be the crazy scientist, Sarah was his „right hand“, she always helps him in need. Reid would usually be the one who watches out that everything went ok and Jenn and Aaron were the patients.

One day Michael hear loud noises. He asked himself what was that. He took his binoculars and that what he saw was terrifying. He called Sarah, Reid Jenn and Aaron to see that. Aaron said :

-How can they do that? They are destroying our natural habitat.

-Why are they doing that and you aren’t?

-What do you mean why are we not doing that?

They decided to move. It was so hard for them but they said we need to move if we want to be happy.

But what about Michael’s and Sarah’s dad?

Michael and Sarah said that he wouldn’t even notice that they are gone so they escaped one night from their house and started “new life”. They didn’t know where they are going so they were thinking and thinking and then they came up with idea.

They went to a store and bought a map. It was hard for them because they didn’t know anything about maps. The only way to find out is studying. On the map was castle where there were Jeff, mountains, wood, sea and lots of rail. They saw a camping tent so dey decided to go there. There were two options. First one was that they can go by train, but then they need to go through snake meadow. Second option was that they can go to the mountains and then they would need to pass a rail. Second road was more safe but lot longer so they decided not to risk and go with the safer road.

When they came at their new home, they were so happy. They though that they were in Heaven. It was so beautiful trees were there, no smoke, no crazy experiments. It was quiet but still you will hear birds making noises. They couldn’t be happier. They of course brought their mistery box, because if they make new friends they need to show them their toys.

It passed many years, Michael, Sarah, Reid, Jenn and Aaron are still together. They become inseparable. Their friendship became so strong that nothing can ruin it. They are still the same, noting changed except they grow up a little bit.

Every month they send picture and letters to Jeff. He was so sad that he couldn’t afford his kids life like they wanted to, but he was so happy that they finally found happiness somewhere they belong. Every day he reads their letters and watches their photos, so he made a photo book where he puts all their letters and pictures. It was too late for him to ask for the apology, but anyways he asked for. Michel and Sarah decided to give him another chance so they didn’t sent him their pictures and letters every moth anymore. They started to visit him. His heart couldn’t be happier. Next time he would think about something better before making any decisions 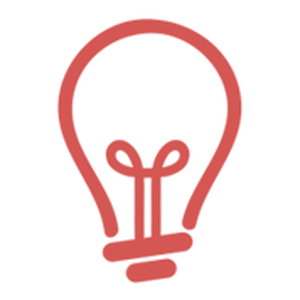