It was a fairly windy night while our heroes were playing outside in the forest with some kind animals. It was getting really late so Peter and Jessica had to go home for dinner. They said goodbye to the animals and were looking forward to playing with them the next day. It was late when Mr Squirrel was woken up by the sound of jigsaws and bulldozers. He discovered that people were cutting down the forest. He packed his things and went to get the other animals. After saying goodbye to their homes, they all went to Peter’s and Jessica’s house and waited until the morning. When Peter and Jessica woke up, the animals told them what happened. They were all wondering who could have done this. They tried taking their minds off the problem by playing inside. After a while, they went up in the attic and found a chest filled with lots of toys and costumes. However, there was something else in the chest. It was not a toy or a costume; it was a map with a big red X on it. Nobody knew what the map was all about, except for Mr Bear. He recognized it because the mountain on the map was the same mountain where he used to live. They all asked Mr Bear to show them the way to the X and he agreed to help. Our heroes went outside and started their journey. They packed everything they needed for a whole day of traveling. They packed sandwiches, water bottles, binoculars and a few jackets in case the weather got cold. Peter took the binoculars out of his backpack and looked at the mountain and they started walking to it. Jessica suggested that they should put on their costumes just for fun. Peter was a dragon, Jessica was an Indian warrior, Mr Bear was a pirate, Mr Squirrel was a superhero and Mrs Bunny was a knight. They came to the X but there was nothing else except for a small building. They entered the building silently so nobody could hear them. After a bit of snooping around, they found a door with the label”Super-secret lab, do Not enter”. They were curious about the room, so they decided to go inside. As soon as they opened the door, they heard a maniacal laugh from no one else than the evil Dr McEvil. The evil doctor said to himself:”My plan to cut down every forest in the world has finally started” Peter, Jessica, and the animals heard him and decided to stop him. They counted to three and jumped on him. The doctor was confused because he did not know why they jumped on him. They told him that they were angry with him for cutting down their forest. Dr McEvil explained to them that he did it because he was lonely and he hated everybody. The gang offered to be friends with him if he stopped cutting down forests. The doctor took their offer and never cut down a single tree again. After this amazing journey, our heroes and Dr McEvil went out for some ice cream. Today, Peter loves telling his grandchildren this story and many more stories from his lifetime. His grandchildren love this story the most and they also love their grandfather Peter. 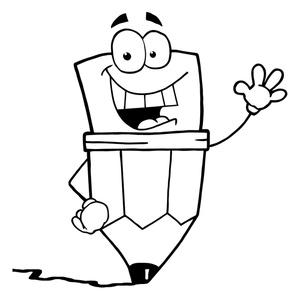