Once upon a time, there was a mad scientist who invented a weather-changing machine. He decided to test it up. So, he sent a thunder on a forest.

His enemy, Mr. Mustache, saw all of that terror and he decided to gather a small army. He looked and searched in his album of all people and animals in the world. At the end he gathered that small army which consisted of a boy named John, a girl named Anne, a bear named Barry, a rabbit named Randy and a squirrel named Sam. He gave them a secret chest. In that chest, there was a lot of stuff. They had to dress up so no one could recognize them. John dressed up as a fire breathing dragon, Ann as an Indian, Barry as a brave pilot, Randy as a knight and Sam as a flying superhero. Except of these costumes Barry found a secret map of the forest. He didn't show it to anyone. So, they went to the forest. When they came there they saw a fox named Francis. They asked Francis what happened. Francis answered them : ''Yesterday, the excavators came to the forest and razed it. I have no place to live any longer.'' Randy realized that a mad scientist did not destroy the forest, but excavators. Barry saw a railroad chart on the map. Finally, he sad that to the others. They came to the mad scientist's laboratory to tell him the truth. He has gonne even madder. He started to cover up papers and experiments and finally, he was taken to a hospital. John and the team found a regeneration potion in the lab and took it to the forest. They spilled it all over the place and the forest grew up again for Francis and others.

They lived happily ever after till the end of their lives with their friends in the forest and Mr Mustache eventually joined them. 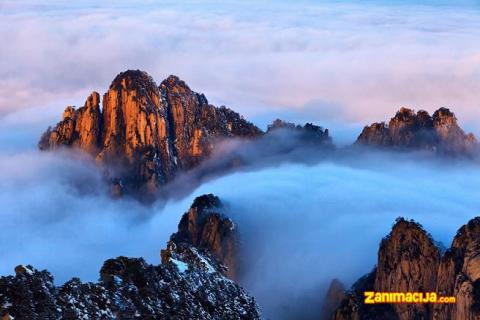