The Secret of the Hidden Chest

Grandpa Peter is celebrating his 80th birthday today and, as every year on this day, he is looking through his old photo albums. One of the photos takes him back to his childhood. He remembers events from the forest which wasn't very far away from his house. It was a wonderful pine forest in which a lot of birds and other animals lived.

While they were playing in the forest, Jacob Dark, a scientist, was in his laboratory doing an experiment which would change many lives. He was already well known to the inhabitants of the forest because he did a lot of experiments which didn't end very well.

Soon after he finished his experiment, a lot of machines came to the forest and started to destroy the very tall and very old trees. Amber the fox was just one of the many other animals that sadly watched their homes disappearing.

The next morning, Peter and Anna went to the forest. On the way they met Honey, Fluffy and Nutty who were in a hurry.

"Hello friends! Where are you going, why are you so sad ?" - asked Anna.

"Something terrible is happening. We don`t have our homes anymore because the machines are starting to destroy the forest." - said Nutty, almost out of breath.

In less than a minute they got to the place from which they could clearly see the machines doing that dirty job.

Peter and Anna watched in disappointment as the machines destroyed the beautiful forest in which they always had so much fun with their friends.

"Who could be the mastermind of this crime?" - Peter thought out loud.

"I think there is no doubt that Jacob Dark is the person how knows all about it." – said Fluffy.

"We all know that Jacob has a laboratory in a nearby castle. Let`s go there " – Honey suggested to the others.

They stood for some time and finally decided to go to the old castle. When they arrived, they knocked on the big wooden door, but nobody answered. They decided to enter and started exploring and snooping around.

Honey was the bravest one so he entered a dark part of the castle. Very soon, he triumphantly, but very quietly, brought them some important news:

"What did you find ?" – Nutty asked curiously.

Nearby was a room with three tables, a few shelves and a lot of chemicals and other things for experiments.

On the smallest table in the corner, Fluffy found something very interesting. It was a little scroll.

They all looked at the map curiously and Anna was the first to notice an added red cross. They immediately guessed why Jacob sent machines to destroy the forest.

"This cross must mean a hidden treasure. We should try to find it before Jacob does. " – Anna suggested.

They decided to find the place right away. Following the map, in a very short time, they found the marked spot and started to dig. After some time they pulled out a very big, old, wooden chest. Burning with curiosity, they opened it. But there was no treasure inside.

"There are just some old toys !" – said Fluffy with a sigh.

"I have an idea!" – exclaimed Nutty, " Let`s use these things to scare Jacob the scientist. "

All of them agreed, so they started working. They made colorful costumes which they immediately put on and went to Jacob's castle.

When they arrived, they quietly opened the door and entered.

"Pssst, we have to be completely silent if we want to scare him!"- said Peter.

Jacob Dark was making a plan for his new experiment and, of course, he was up to no good. Peter, Anna, Honey, Nutty and Fluffy started making unusual voices and sounds and Jacob saw shadows of their costumes on the wall.

Jacob was scared to death and all of his papers and the recipes for his potions were scattered all over the floor. He ran away and never came back. 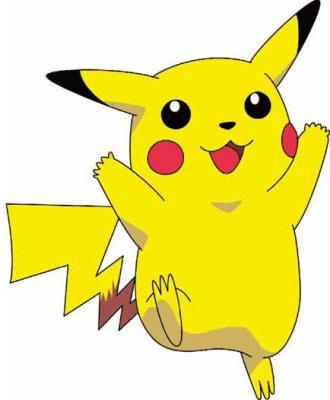