There was once a girl named Martha and she had a big brother, Tim. Martha and Tim were very happy, carefree children, or at least they were, right up to the event that changed their lives.

They didn't have any rules at home except for one: don't go into the basement. When their parents left to buy groceries, Martha and Tim were bored. “What's in the basement?” Martha asked Tim. “I don't know. Do you want to check?” Martha agreed immediately and so they went down.The basement was empty, but there was a strange chest in it, illuminated by the sunlight from the window. Tim ran to the chest and opened it with no hesitation. “No!” yelled Martha as strange figures jumped out of the chest. They were animals, a bear, a rabbit and a squirrel. Tim was terrified, so naturally he screamed, too. In the chest were many different things: a broom, a couple of costumes, an umbrella, some toys, a ball, a telescope and many more things.

If Martha hadn't been terrified then, she would be now, because the bear spoke!

He said: “Children, don't be afraid, I'm just a talking bear.” Martha was very scared. After a while, the bear explained that they were trapped there because they knew the whereabouts of a map to a secret forest.

Martha and Tim were very intrigued, so they put on the costumes, grabbed some things from the chest, and followed the animals.

The bear said that they need to hurry because the forest is in danger. Some bad people wanted to destroy it to build a big shopping mall.

First they needed to go to see a crazy scientist so they could get a magical potion that was supposed to help them on their journey.

Meanwhile, the scientist was in his laboratory making some growth potions for his plants.

Suddenly, our heroes bursted into the room and Tim yelled: "Give us the potion!" The scientist was shocked and he quickly gave it to them, but in the spur of the moment, he gave them the wrong potion! They were supposed to take the investigator's potion, but they took the growth potion!

They were lost. They didn't know where the forest was and they were scared.

After a while, they found the map that led them to the forest, but they were too late. The forest was already destroyed, the animals were sad and all the trees were cut down.

Tim was so frustrated that he threw the useless potion on the floor, but then all the trees started regrowing and they were happy again. Tim pulled out the camera that he found in the chest and took a picture.

Many years later, Tim, now an old man, looked at that very picture, and smiled. 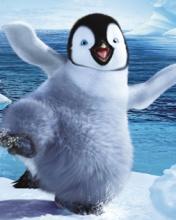