One day an old man John went to his secret room full of many different memories and dreams. Nobody knew about that room, not even his lovely wife. He took a shiny album from his childhood and started remembering...

In a big, green forest there was a little boy John with his friends Emma, Bob the bear, bunny B. and Pearce the squirrel. Everyone was feeling happy and playing games but Pearce was just sitting on the grass alone, feeling sad and far, far away from the reality. John saw him acting weird so he came to sit next to him. They were sitting in silence for a while, but then John asked: "Pearce, what's wrong?"

"Get over what? Tell me!" John said confused.

Slowly everyone stopped playing and wondered what they were talking about. They all wanted to know what's wrong, but didn't want to interrupt either.

"I woke up this morning because I heard something... ", said Pearce, almost crying,"... I went to see what it was and saw some big things on wheels that were destroying... my home!"

John was really angry, but he had to ask more...

"What kind of things on wheels?" he asked.

Pearce said: "Honestly, I don't know what they were. I've never seen something like that, but I know I don't like it one bit."

John didn't know what to do all of them went with Pierce to the hill to see those things... Everyone was terrified.

"I see your home Pearce, why are you sad?" asked bunny B.

"You see it now but it will be destroyed too!" answered Pearce.

Everyone jumped and then just froze.

"We still have time to help you save the important things."

"John and I will help you. Emma and bunny B. will make sure nobody sees us.", said Bob.

They did it so fast that no one noticed them. Everyone came back to the hill happily, but Pearce stopped on the way and looked sadly at his home being destroyed. Bunny B. felt sad for his friend and suggested going to his house where they would find something else to do. In the attic they found a little door, half opened. They went in and found a big chest. However, there was no key.

"Where could the key be?" asked John.

"I saw something shiny on the edge of the carpet.", said Emma.

He put the key in the padlock and unlocked the chest. They opened the chest together and found it was full of clothes and weird things, like a map and the flag of Wales.

„What kind of map is this?“ asked Emma.

„Well, it's a treasure map.“ ,said Bob, „I feel like it's connected to Wales somehow.“

They all started looking at each other and agreed quickly. They took some random clothes and dressed crazy. John was a dragon, bunny a knight, Bob a pirate, Emma a Native American and Pearce a superhero. They took the map and off they went. They went through a lot of dangerous places, like the Snake and the Owl World and finally came to a castle. The castle was very weird. There was a scientist who was making a little storm above the lightball. While they were looking at the scientist, their shadow on the wall started to look like a dragon. The scientist got scared that told them where to find the X on the map. They came there and started digging.

You'll never know what they found... 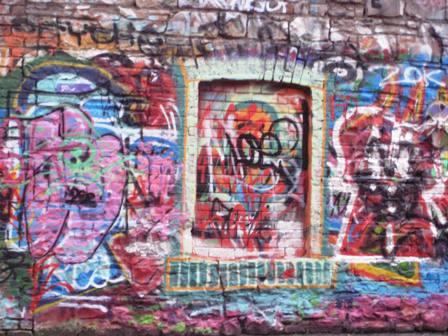