That day Toto decided to pay a visit to Dorothy, a friend he knew since diapers. They were about the same age with Dorothy being a month older than Toto, but Toto was still taller than Dorothy, and unexpectedly tall for a ten-year-old kid.

Toto came to Dorothy's house, rang the bell and Dorothy opened the door in a matter of seconds. They went to the living room as they always did, sat down on the floor, and started to talk. They talked about recent events, television, and school. When they had nothing more to say they went to Dorothy's room. They started to play with the toys they both knew well, but this time something was different… they got bored quickly. Dorothy came up with an idea to explore the attic. Toto wasn't sure that he liked the idea, but Dorothy managed to convince him. They took two flashlights and rushed up the stairs that led to a room completely new to Toto, a whole new world. Dorothy was in the attic before, but she never got the chance to explore it. They soon started making their way through the piles of boxes and old furniture. At the very back of the room they stumbled upon a huge chest with a metal lock. They looked around the room in hope to find a key, until Toto took a better look at the lock and realized it was unlocked the whole time! Dorothy and Toto opened the chest, covering themselves with dust. Their faces lit up realizing they have just uncovered a big toybox! They began taking the toys out and started to play:

Dorothy and Toto were playing in the woods with their friends: Tedd the bear, Swing the squirrel and Robert the rabbit. It was a beautiful day and they wanted to use as much of it. Yet, Swing felt something was... off… today. He couldn't explain it, he just felt something wasn't right. He had that feeling ever since doctor Darius moved in the old castle. Who was Darius? Well, most of the world knew him as doctor D. Zaster, a villain who creates notorious inventions to disturb the peace. D. Zaster was very smart, but he used his inventions for evil activities. He worked on dangerous weapons in his laboratories and he constantly had to change the position, so he wouldn't get caught. The problem is, our heroes didn't know his identity, but now at least you know.

The time has come for Dorothy and Toto to go home and so did for the others. The night was calm and warm, nothing to worry about and tomorrow supposed to be just another fun day like any other… Well, not really. The next day was full of surprises. The forest they played in yesterday was quiet without a single bird chirping nor leaves rustling in the wind. They checked some other areas, like the river, but it wasn't flowing anymore. They didn't see anybody walking around, it was dead quiet. They returned to the woods just to see a bunch of excavators knocking the trees down, forcing its residences to leave. Our heroes knew these loud vehicles letting out a dark smoke were up to no good, and they had to put a stop to this catastrophe. But who could have done such a thing, committed such a crime? Swing was overwhelmed by that feeling again, that feeling that something was off. He quickly connected the dots. He knew Darius meant no good.

They took a map of the area to find the best route to D. Zaster's lair, which was following the train tracks. Before they started to move towards the old castle, they put on some costumes. Toto dressed himself as a red dragon and took a broom with him. Robert put a knight helmet on and decided to take a shield and a toilet brush as a sword. Dorothy disguised herself as a native American Indian, equipping an umbrella. Tedd became a pirate and Swing had a Batman mask and a cape on. And so, our group quickly made their way towards the old castle.

While walking around the castle they stumbled upon the back door. They wandered quietly through the halls in hope to find the room where D. Zaster was. They heard someone mumbling and saw an opened door through which D. Zaster walked out. He walked into a dark room to look for some papers, leaving all doors open behind himself, letting light from one room into the other. Our team of heroes saw an opportunity to scare D. Zaster out, so they came up with a plan: They would use their costumes and accessories to form a shadow which would scare D. Zaster out of the castle. In their weird formation they walked up to the entrance, and when D. Zaster turned around, he saw a giant monstrosity in front of the door. He got so scared that he dropped everything he had in his hands and jumped back, hitting one of his machines. He turned around and saw which one was it: The reversal machine. The machine started to shake and rumble, its buttons were glowing and flashing. Our heroes escaped the castle just to see the aftermath of machine's activation. All trees were standing up again, rivers were flowing, everything was back to normal. Dorothy, Toto, Robert, Tedd, and Swing walked slowly across the fields of green grass and sat down under a tree in the shade. They deserved a break. Dr. D. Zaster was never heard of again, everything was back to normal, and that was the end of this adventure.

Toto liked how the story ended and had it printed out, along with his own illustrations. He was glad that even fifty years later he remembered the whole thing. "This will be a wonderful present for my grandson", he thought, looking at the book in his hands. 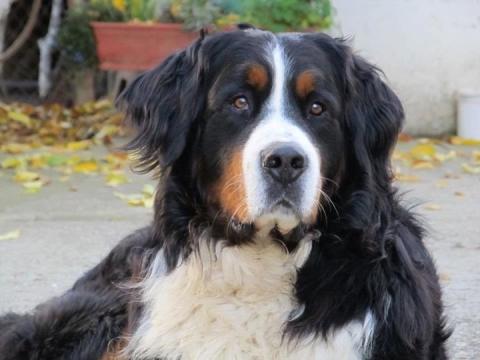