Today is my 70th birthday. I decided to look at the pictures in my album. There is one great adventure in my life. I would like to share it with you.

Well, it was sixty years ago, when I was only ten. It all started when me and my friends: Bella, a bear Benny, a fox Lucy, a rabbit Carroty and a squirrel Nutty were in our play place – The Forest. We played hide and seek. Can you believe it all just disappeared one day? Someone decided to cut down all the trees. We had to escape. For seven days Lucy was going to the forest and she was horrified. All my friends lost their homes. We figured out who was behind the destruction of the forest. It was an evil scientist Dr. Andreas. He had an evil plan. He discovered that he can make some kind of a fuel for his new invention and that he can get fuel only by forest trees. That is why he cut down all the trees. I actually didn’t know what the secret of the invention was, but I knew it wasn’t for the right reason. My friends and I decided to spy on Dr. Andreas and see what he was hiding. We had a plan. First we had to find his castle. Bella's map helped us. We had to set up a tent. Then we had to go to Dr. Andreas castle and spy on him. I took binoculars to see what he was doing. I saw him staring into a light bulb. I heard him talking to himself. He said: „That's it. I have enough fuel to improve my invention. Goodbye electric energy! Soon, I'll have my own!” I knew what that meant. My friends wanted to hear what was going on and they were impatient. I told them about his evil plan. Dr. Andreas wanted all of the world energy for himself. He had an invention that used all the electrical energy from trees. That is why he needed the trees and the fuel. We knew only one thing. We had to stop him. We had to do that for us, our forest, and for the whole world. Nutty had a plan. We could have disguised ourselves and scare him. Bella said that she had an interesting casket in her house. So we went there. It was full of toys and other stuff... We found an Indian headdress, an old umbrella, a belt, a ladle... I was wearing a dragon suit and a broom, Bella had an Indian headgear and an umbrella, Nutty was squirrel superman with black outfit, Benny was a bear pirate with a pirate cap, an eye collar and a belt. Carroty had a knight armor. We were very silly but we knew that we can do it. We came to dr. Andreas’ castle. We went inside. He was scared when he saw our shadows. We asked him why he wanted to stole energy. He didn’t answer us. He started to run but the bear caught him. Bella squeezed the button from the self-sufficiency of the invention. We ran away. Dr. Andreas went to jail. We were so proud that we stopped him. Now my friends had to find a new home until the forest grew again. 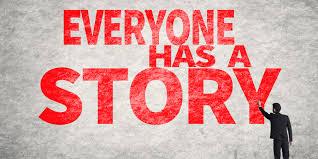