Adventure of a lifetime

Once in a very distant country, an old man lived. He had a wonderful childhood full of adventure. He often watched the pictures in the albums he had made as a child. But from one album he kept his whole life away. Although, it was the first album he had ever made, he did not like what the album contained. But that day he told himself it had to stop. He sat down at his old desk where he had been sitting and looking through the albums. As soon as he opened the first page, he remembered the story. It was as if all of that was happening all over again. That had happened more than 40 years ago when he was still a child. He, his friend Taylor, a bear, a squirrel and a rabbit, loved exploring the world that they lived in. One day they found an old box that was full of toys and costumes. They put on the costumes and went on an adventure. On their way they came across something devastating. Since the bear was dressed as a pirate, he saw it first and immediately gave the telescope to his friends. Huge hills with big wood cutting machines and millions of stumps. A lot of animals were leaving their homes. The group found a little fox with a bag on her back crying. She told them that her name was Meghan. When they asked what had happened to the forest, she told them that a crazy scientist, who was so mad with the fact he had to pay for electricity, tried to make a change. He had first made a huge rocket, and went to Saturn. He got a lot of dust there and made a light bulb which should have worked on its own. But, it did not. He understood that it needed more power. He made the power, but he had to convince the Ministry to allow him to cut all the trees in the forest. Unfortunately, his idea worked. The world did not care about the forest so everyone started to use it. More and more forests were cut down for it. Suddenly, the world had no more trees because of it. The fox told them that there was a way to stop the scientist, but everyone was too scared to do so. The old man was fearless, but Taylor was afraid. He told her that if she would help them that they could save forests all around the world. She agreed. Meghan told them that there was a magical potion which poured over the stumps made a new tree. But, it was very hard to find. Then, the group started their journey. On their way they had found some surprising things, but for Meghan they had been normal. The potion was stored in a cave in the highest mountain in the world, the Giant. It was hard, but they made it to the Giant. It was easy climbing the mountain for the boy and his friend Taylor. It was a bit harder for their friends, but they made it to the top. There was a smell spreading from a huge cave. They got inside, but on their surprise, the mad scientist had already been there standing right in front of them. In his hands, he had, what seemed to be a glass bottle. He was looking, first at the bottle and then at the children. His smile was small, but very loud. Then, with no regrets, he just dropped the glass on the floor. Meghan screamed with agony in her voice, while others did not realize why she was screaming. When she stopped screaming, she told them that bottle contained the potion. The scientist was still laughing at them. He said that he knew that they would come. He started walking in their direction and got out of the cave. They were looking at each other, saying nothing. Sad and desperate, they came closer to the broken glass bottle. Taylor slipped on the potion and started to slide to a small wall. But, she did not hit the wall. Instead, she went through it because it was a portal. Slowly, everyone started to come in a small room in wich Taylor was. Inside that room they found a small hole. They started to dig and made it bigger to have more light. What they found was miraculous. Three huge barrels full of potion. They took one of them and traveled back to where the forest once stood. It did not change a bit. Then, they came across a problem of pouring the potion all over the stumps. Fortunately, they found a smaller bucket and used it. The trees started to grow instantly. It looked amazing. They were so happy. The very next day, all the animals came back to their homes and scientist ended up in jail. The old man closed the album with the smile on his face and went to bed. He felt great and proud of their deed. 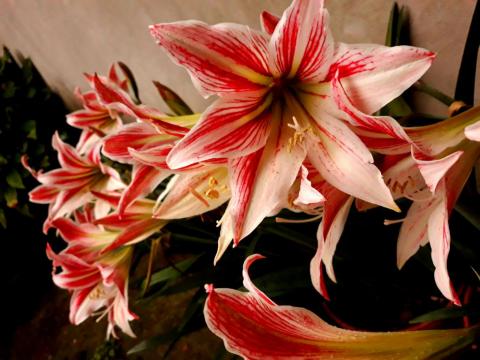