The story of how we saved the world

Dear reader... Let me tell you a story. This is a story of how I saved the world with my best friends.

It was a sunny day. I was in the park with my best friends. We were playing, and guess what? We accidentally found a map which was showing a path to somewhere. It looked like a treasure map so we decided to follow it.

We sailed the seven seas and climbed the seven mountains... just kidding! We followed the map, and I have to tell you it was not easy. There was a huge storm, in the middle of summer! How strange is that, right?

When we got to the place which the map was pointing to, I took out my binoculars. You will never guess what I saw! A couple of feet away from us there was some kind of a lab. We walked towards it and...we were shocked.

There was a funny looking scientist inside the lab. We could also see a lot of machines and inventions around him. The scientist was talking to himself, but he wasn't talking loud enough for us to hear him. The only thing we could make out was: ...destroy all the woods on the planet...".

Then we realized that he was the one causing the summer storm. The scientist sent out some machines which started ripping the trees out of the ground. We also found a new friend there. He was looking for a new home and we invited him to come with us.

Obviously, we could not just stand there, so we ran back home and took out toys (the scary ones, of course). We made a plan of how to stop the mad scientist and I shouted:"It's saving time!"

We dressed up in our scary costumes and ran back to the lab. Luckily, the scientist was still there. 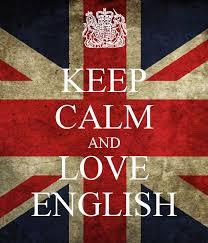