It was a beautiful sunny day. A perfect day to go out on an adventure. Jimmy and his friends were outside and they were having a great time. It was spring school break so Jimmy and his sister Sally went to their grandparents' house for a few days where they had some great friends. There was Walter the bear, Acorn the squirrel and Carrot the bunny. Sally loves flowers so she was picking some out for a pretty bouquet while Jimmy was looking through his binoculars. This time he was spying on a giant tree in the middle of the field. Suddenly, he noticed a strange piece of paper stuck to a branch. Unfortunately, he was too short to grab it so he asked Acorn to help him out by climbing the tree. That was a piece of cake for Acorn and she quickly grabbed the paper. The paper was treasure map and a smile immediately appeared on Jimmy's face when he saw it. There were quite a lot of things drawn on the map but the red X was impossible to miss. It was near a deforested area. He was so excited that he decided to show the map to his grandpa to see what he thinks. When Jimmy arrived his grandpa was looking through a picture album. Jimmy didn't wait a second and asked his grandpa about the map. It took a while for Jimmy's grandpa to respond. But instead of saying yes or no, grandpa said that the map is as real as he thinks it is. This confused Jimmy a bit but he didn't have time to think. There was a treasure waiting to be found.

The path to the treasure was actually very simple. All they had to do was go through the Firefly forest and over the railway tracks.But just because it was simple, it didn't mean it was a short trip. Jimmy thought that the fastest way they would get to Firefly forest was by bike. Unfortunately, only Jimmy and Walter knew how to ride a bike. But they quickly solved that problem by putting Carrot and Acorn in Jimmy's backpack. Sally sat on the bike behind Jimmy and Walter took out his own bike. They were all set and ready for an adventure. The trip wasn't short. When they arrived the sun was already setting down. Sally didn't like this because she is scared of the dark. The Firefly forest was extremely big. It had all sorts of different trees jumbled up in there. It is called Firefly forest because at night fireflies would come out and light up the whole forest. Jimmy and friends decided to wait for the fireflies to show up. When they showed everybody was so amazed by them that they started dancing. They were all having a blast. But they had to continue with their adventure because it was getting late. They took the right path through the forest thanks to the fireflies and quickly ended up back in the fields. This meant that they had to get back to their biking. They quickly got over the railway tracks and on the other side there was the deforested area. When they arrived they saw lots of machines and animals who were running away. Their homes were destroyed. Amongst the area was the X that Jimmy quickly noticed. He was happy and excited at the same time. Unfortunately, his happiness was short because the treasure was underground but Carrot didn't give up and started digging. What she found wasn't a treasure but another paper. It looked like the same map but this time the X was marked on castle North of the deforested area. Unfortunately, it was very late and it was time to go back home. When they got home they wished each other good night and went to bed. The next morning, they immediately continued their adventure. Sally wanted everyone to dress up in costumes in case of a monster appearing. They all went to the attic were the box of costumes was. Jimmy dressed up as a dragon, Sally was an Indian princess, Acorn was a superhero, Walter was a pirate and Carrot was a knight. They didn't look scary but they didn't care. They were ready to explore the castle and they took some items with them as well. It took them some time to get to the castle which looked scary and abandoned but they could hear noises coming from the basement of the castle. Everybody was scared but they wanted that treasure. They opened the door and entered inside. The inside of the castle looked even more scary then the outside. Their curiosity got the best of them. They looked inside the basement and saw a mad scientist working on some lightning powered lightbulb. Jimmy noticed a treasure chest behind the scientist just waiting to be opened. It was time for a little scare. Combining their costumes and items they created a monster. It had a dragon's head and a gigantic body. It wasn't scary enough so Walter came up with the idea to use the shadow of their monster to scare the scientist. It worked wonderfully. The moment the scientist saw the shadow he ran out of the basement screaming. Jimmy couldn't wait so he opened the chest but there were just a bunch of machine parts inside. It turned there was no treasure. The map was a fraud after all. But instead of being sad, Jimmy and his friends laughed and laughed. Even though there was no treasure they still had a fun adventure and that's what mattered to Jimmy the most.

When they got home they told the whole story to grandpa and grandma. It was very late however so they quickly went to bed. Now Jimmy finally understood what grandpa said. A treasure map is as real as you think it is because at the end of the day it’s not about the destination, it’s about the journey. 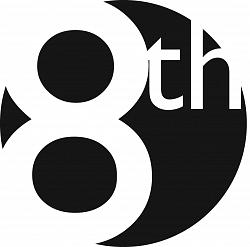