My dear friends, this is a story about treasure hunting. One ordinary morning, my grandfather was cleaning the attic and he found a very old photo album, you won't believe what was in there! An abundance of memories from long, long time ago..My yellow cat Fluffy, my old football I got for my fifth bithday.. I used to hang outside the house on a very beautiful meadow with my friends and we were imagining we were in a fairytale. My friend Gary was a pirate and he had a pair of binoculars so he could easily spot the enemies. He made a purple costume with a brown belt himself and it looked pretty nice. My sister was an Indian so she had rich a Indian headgear, a broken black umbrella that she found behind the house and an azure dress with a happy face. It was describing all of our moods that day. Our little friend Simon was with us that day. He was a squirrel. My sister made his Batman costume, so he thought he would look tough and scary but we found him adorable. That was bothering him the whole time.. I was a scary dragon with red scales and sharp teeth, huge yellow and green horns and a broom which looked like a sword.. Our other friend is Bacon and he is a bunny! He pretended to be a knight so he had a metal shield and a helmet. After a few hours of playing, my grandfather called me and he gave me a treasure map. He found it when ha was a very young man but he never found the treasure. His wanted us to explore the area and find the long hidden treasure. We agreed happily and our adventure could finally start! Before we set off we studied the map thouroughly. My sister had a panic attack because she saw some strange sings that looked like snakes so we were comforting her. Soon we were able to move on. We followed the track on the map and it brought us to the other side of the woods which was extremely beautiful and full of life and big, strong trees. One could only imagine it. Suddenly, on the other side of the woods, there was a lonely sad fox that lost its home because the woodcutter had to cut down all the trees in the woods because they were poisoned. We asked the fox to come with us but it couldn't because it was looking for a new home. All foxes are sly so it looked at the map and told us which way to go. She also warned us about the crazy man that lived there in an old house. Every night the neighbours would hear explosions in the middle of the night. We continued our journey scaringly but persistently. Gary tried to see the house with his binoculars. When he finally spotted it we quietly came closer. The house was really old and damaged. When we came in we had a strange feeling and suddenly the door closed violently. We hid in the wardrobe but my sister started crying and we thought the crazy scientist had heard us. But he didn't. We came out and saw him doing experiments with a light bulb. Our costumes made scary shadows so the scientist was terrified. There was a chest behind his desk so when the scientist went out to get more dangerous substances he needed we had enough time to see what was in the chest. We didn't have a key so we climbed on each other's backs and grabbed the key on the highest shelf in the house. There were many toys in it. We were shocked and a little bit disappointed because we thought our dicovery was far more exticing. But we all worked as a team and we had so much fun. When we heard the scientis coming back we ran out of the house with the chest. We brought it to our grandfather and he was surprised and started crying. He explained that his beloved mother had left the toys for him there. She passed away at an early age and he didn't have the opportunity to play with them because the scientist had stolen them. We all joined him in his merry trip down the memory lane. After all, all is well that ends well. 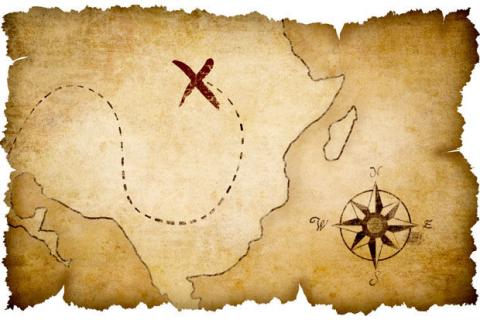