How Forest Saved the Forest

How Forest Saved the Forest

When he was a child, he liked spending time in the forest so his friends named him Forest; but it wasn’t his real name. His real name was Gus. He played football there, swang on a swing and played with his animal friends.

One of his animal friends was a fox called Foxy. One day a terrible thing happened to Foxy. The forest was cut down and Foxy lost his home. Foxy was very sad and lonely. He was looking at the cranes and stumps. He left the forest to find his friend Forest and asked him for help.

When Forest heard the bad news and he gathered his other friends: Bear Teddy, Girl Alisa and Rabbit Snowflake. Forest got an idea – he remembered a story about a scientist living in the castle who might help them. They all went to the attic. They went looking for a map. They found a big chest and searched for a map. There they found a lot of toys and costumes and at the bottom of the chest there was a map.

There were plenty of places on the map. Places like the camp nearby, the sea, the mountains, the forest and the scientist's castle. Now they could easily find their way to the castle where the scientist lived.

When they passed the mountain, they dressed themselves in costumes because they wanted to surprise the scientist.

He tried out all formulas and a lot of experiments. The kids were so impatient. They wanted to help the scientist find a solution. Then he finally found the right formula. The children were so happy!

The next day the scientist told them to come over in a few hours. He promised that the forest would be beautiful again. After a couple of hours they came and saw how the forest branched and grew and became as beautiful as before. Maybe it was even more beautiful because it was full of magic.

The kids were playing and laughing like before and all animals got their home back. Magical! 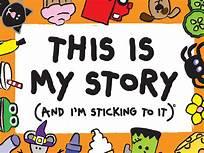