One day little boy named Jack played with his friends, in the forest. That forest was a really nice place to play in. Jack had a few friends there was a bear called Lee, rabbit Prif and squirrel Max. They enjoyed playing in the forest but everything good ended quickly because one crazy doctor was thinking how to conquer everything. He stole money from the richest bank in city Veimo, money which he stole was very important to city so when city doesn’t have any money it can’t „stay on its feet“. He stole money very well so nobody noticed it. Doctor Philo bought the city and everything around it, every person which was in town now is in Philo's property.

That silly team just played some games in forest every day and then one day some big and strange machines came near forest and parked there because they will start clearing the place for Philo’s huge lab. Bear called Lee noticed machines and waited there for one whole day. When night came Lee called his team and they knew what was gonna happen. So rabbit Prif hid in the tank full of gas. Tank was big and on the top of it was a little hole. Then Max went in action, he took a pipe and jumped in tank with that pipe. Big bear had the biggest lungs in team so he slurped a little bit of oil and then oil started to spill on the ground. Next day workers couldn’t start working because all oil was spilled but doctor Philo had big drones which carried oil so they started working soon. Jack and his friends were very sad because that was their second home. They calculated when will their home disappear, and how fast machines were working they will finish in about one week. But Jack was smart, he made a map of their forest and put traps all over the forest so machines broke and slowed down the work. Max and Prif suggested that they take matters in their hands, Jack brought big case with masks and then everybody picked what they wanted. Lee was a pirate, Jack was dragon, Prif was a knight and Max was Batman. They called themselves team Belfa! Every animal in the forest was sad because half of their home disappeared. Team Belfa went to Philo’s lab and hacked his security system, Max killed all the guards because he was a Batman and nobody could notice him. They jumped in doctor's lab and scared him. He was very surprised when he heard that they hacked his security system and killed all his guards. They warned him to leave their home alone and to build his lab in some other place. He said yes to that idea. After many years when all of team Belfa died except Jack, Jack was watching the album with photos of their adventures and smiled. Then he went to sleep under a tree which was the only one left in all the forest and when he fell asleep he didn’t wake up. 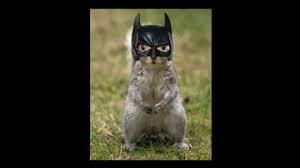