My grandpa used to look at our pictures when we were kids, until he saw a show that was called „Reality Freak“. Then he became little weird... He started  going to his basement and lock himself in so nobody can enter.

About two weeks after my grandpa started doing some freaky stuff, me,  my sister Lucy, and my three pet friends wanted to know what's going on. My pet friends  were a bear, a bunny and a squirrel. The bear's name was Jeff, the bunny's name was Donald and the squirrel was Alvin. They have been my best friends ever since I can remember, so pretty much my whole life. We went on trips together, had many adventures around the world and did a lot of other interesting and funny stuff! I am the only one who knows about them being real and very much alive, so when a person walks into my room I just put them in the chest where all my toys go. Anyway,  back to the story.

So when we came downstairs we couldn't open the door because it was locked by some alien stuff, I guess... We went outback through a small window at the bottom of the wall. I went first as I was the leader of my squad, and when I peaked inside I couldn't believe my eyes. My grandpa looked like Einstein and he was working on something strange... It was a lightbulb that emitted light even thought  it wasn't  connected to any electricity! But that's not all. There was some kind of rain and thunder forming in a small cloud over the lightbulb.

We decided to scare him. So we did just that! We went back to our house to put on our costumes from the Halloween party we went to. We put up lights inside the costumes so that we would shine and create a shadow of a creature that my grandpa never even saw on his TV show that he watches every day. We had it all set up and we were ready to go.  Jeff threw a rock at the wall to attract grandpa's attention.  When he turned around he saw a creature that had a head of a dragon, a tail of an aligator and an umbrella. Don't ask why we used the umbrella. We just wanted to make our „scary creature“ scarier and the umbrella did the job.

Anyway,  when my grandpa turned around he immediately started running towards us. We also ran but into the woods.  Luckly we escaped and we managed to find our way back home.

On the way back we noticed a white paper in the grass. We were curious to see what it was. It was a treasure map! The next day I found out that Alvin was missing. We went and searched for him. We found him about one kilometre away from our house. He was sad because the forest was being cut down.  We said that it was going to be okay.  After that we started our search for the treasure. We looked at the map and the first place we had to go to was a camp. At that camp there was another clue that said „go to the tra...“. The text faded away but it was obvious it said „train“ as it was the closest clue from the camp on the map. We had a lot of fun on our adventure. When we came to the old train we found another clue that said „Far away castle on the north“. We went to the castle on the north thinking there was going to be a big clue there.  But there was only a paper that had „You got trolled! Go back to the X-mark on the map!“ written on it. So our hunt for the treasure was coming to an end as we got closer to the X-mark on the map. We found an abandoned park where we played games. We stayed there  for a night because we needed some sleep. The next day we started making our way to the X-mark on the map. Nothing really happened on the way there. We finally arrived to the location with a treasure chest. It had a note in it. The note said „Turn on your flashlight and point it to the map“.  We did it and the map said „I can see you“. We wanted to explore the building as it was really far from our home and there was no point not to because it was an interesting place inspite the fact that it was a little creepy. We went to the second floor of the building and we heard a chuckle as if someone was laughing. We were stupid enough to go and find out who it was. So... There was a loud laughter coming from the abandoned bedroom . We entered the room. It was my FREAKY GRANPA! He made the map and acted weird this whole time! All of this for a prank? I guess so...  He was just trying to get our attention. After all we all had a good laugh and decided to forgive our grandpa. I decided to spend more time with him so he doesn't get lonely again. And… I want to see what is he up to! 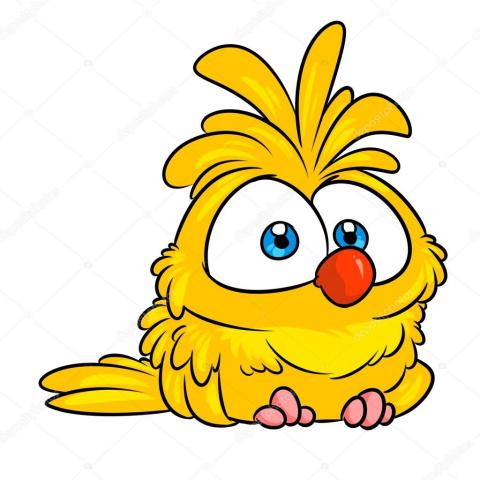