It was a regular day like any other. My grandfather Luke was sitting at the table. He was looking at his old photo albums .Suddenly he smiled! I wondered why he smiled at those old, dusty album. So he started explaining: "Would you like to hear a wonderful story about friendship that saved our town from total destruction? You might learn something new about life?" At first I did not want to hear his tedious story because I thought it would be another boring and tiring lifestory just like the others, bud I did not want to make him unhappy so I said:"Yes." He started: "When I was a little boy I used to play with my friends : beautiful girl called Jennifer, funny but strong bear called Buggy, little and brave rabbit called Nick and fast and sensible squirrel called Koko. We were a great team, especially because Jennifer and I had animals who could speak and the other children did not have. One day, Koko was so sad and she was crying the whole day. When she saw us, she told us what had happened. She lost her home forever because machines operated by an evil professor Lotto attacked the forest. The professor wants to destroy the forest and build a center for carrying out dangerous experiments so he brought some dangerous machinery. We were shocked and terrified. We had to help her, but we did not know how. The next day, we went on a hill to see what was going on, and we were convinced that the situation was really alarming. Nick said: "If we do not do something now, later it will be too late." We went home and made a plan to save the forest from from destruction. During that time, professor Lotto was in his lab. He conducted some experiments with an electric bulb and thought about building the center, because it would be the first and the most famous center in the world, so that he, as its builder, would be the smartest and the most popular scientist in the world.

After hours and hours of thinking, we finally had an idea. We decided to have a fancy dress party and , dressed in our costumes, pay professor a visit in his lab after the party to talk to him about the center and about the animals whose home is the forest. So the next day, we actually did it . Our journey in funny costumes to save our furry friends from dying was long. We had no food or water, we only had an old map that led to the professor`s lab. When we came we knocked on the door scaringly because we did not know how the professor would react. When he opened the door he looked nice, but when we told him what we thought about the destruction of the forest, and construction of the center he kicked us out and started screaming at us. We ran away and hid in the bushes. Koko started crying again, but this time we did not give up so easily. Buggy said angrily and seriously: " My dear friends, this is a war and if we want to win, we have to fight. If this does not go away, then it will move by force. We lost the first battle but we have not lost the whole war.An eye for an eye and tooth for a tooth." We all agreed and started making a new plan. Then Jennifer said: " My mom always tells me how professor Lotto, as a little baby, was afraid of the dark and monsters. So, why should not we scare him? Then maybe he will give up! " That was a great idea! At midnight we climbed to the largest window of his lab and began screaming loudly. When he saw us, he was so frightened that he lost consciousness. After a few minutes he woke up and asked us: "What do you want from me you huge monsters?" Then Buggy said in a deep voice: " We want you to stop destroying the forest. And we want you to leave my town, NOW!" Professor Lotto packed himself at the speed of light and ran as fast as his legs would carry him, far away from our town. We went home feeling happy and proud of ourselves. The next day we saw that all the machines had left the forest. We were happy, but also grounded. Our parents were angry at us because we ran away and we did not tell to anyone where we were going.

The forest was as before again after three months . It was a nice and a colourful place, but the most importantly it was a home to our furry friends again. Remember, my beautiful granddaughter, you should fight for your real friends just as I did! All happy endings are beginnings as well!"

From that time I appreciate my friends and help them as much as I can. I will retell this story to my children and to everyone so they can learn about real friendship. And children, please listen to adults because they always want to help us and give us advice, not because they are smarter than us, it is because they love us and because they can show us the ropes of life. 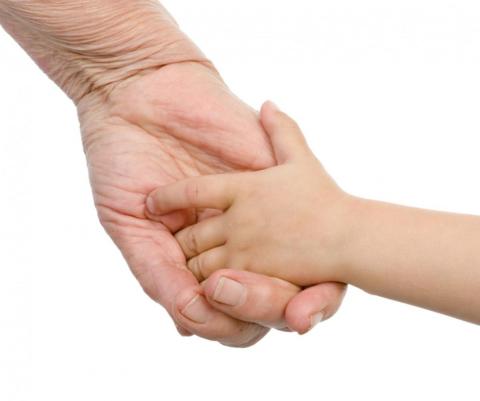