The Tale of the Magical Forest

Once upon a time there was quite an unusual bunch. There was a girl named Susy and a boy named Jack, a bear , a squirrel and a rabbit. Jack was a tall boy with black hair. Susy also had black hair but she was short. The bear was really big and strong with thick brown fur. The squirrel was very small and fast. She always wanted to fly. The rabbit had snow white fur and he really liked carrots. They were very good friends and they liked to play. The kids found costumes in an old box in Jack`s house and pretended that they were their favorite fairy tale characters. One day, while playing around Jack`s grandfather`s house they found an old treasure map. On the map there was a place marked with a red x. They followed the map and found all kinds of strange places and creatures. They found a giant owl who liked solving riddles. The owl didn’t let them pass. Then Jack got an idea; they gave it a piece of bread . Then it let them pass. Next, they met a giant snake. The snake gave them a riddle. The riddle went, “I’m always ahead of you but you never see me. What am I ?”. They thought about it but couldn’t find an answer. Susy remembered that the owl said that it liked solving riddles. So they went back to the owl and told it the riddle. The owl told them the answer very quickly. The answer was, “The future.” They also went past an old creepy castle full of ghosts, they had to cross a mountain, but they finally got to the x marked spot. There was a magical forest on the x marked spot. The kids played the whole night. In the morning they were very tired and fell asleep in the forest. The squirrel, the bear and the rabbit liked the forest a lot so they decided to stay in the forest. Little did they know that a mad scientist wanted to cut the whole forest down. He had just invented a rocket that runs on wood. But he needed a lot of wood for the rocket. They were woken up by loud noises coming from the other end of the forest. When they went to find out what it was, they saw that half of the forest had already been cut down by machines regulated by robots. They tried to stop them but couldn't do anything because the machines were made of a very hard metal. The squirrel had lost its home and wanted to find out who sent the robots. Jack also remembered his grandfather whose pictures were taken when he played in a forest. He remembered that his grandfather liked forests and nature. They followed the robots to a secret laboratory hidden within that mountain that they crossed before. There they saw the mad scientist. He was a tall man with white hair. His name was Rick Sanchez. Since they were angry at the scientist they wanted to scare him. They put on their costumes, came close together and stood in the light. Their shadow looked like a ghost. The scientist wasn’t scared at all. He jumped towards the shadow with joy. He liked ghosts, you know. But then he realized that it was only a shadow. He was very disappointed. They asked the scientist to invent something to regrow the trees .The scientist offered to make a potion for the trees if they found a place with ghosts. The kids thought about it for a while and remembered that they saw an old castle filled with ghosts on their way there. He thanked them and made a potion to regrow the trees. They got to the where the forest had been. They poured the potion on the ground and the forest magically grew back so the squirrel, the bear and the rabbit had a new home. All of them lived a long happy life. 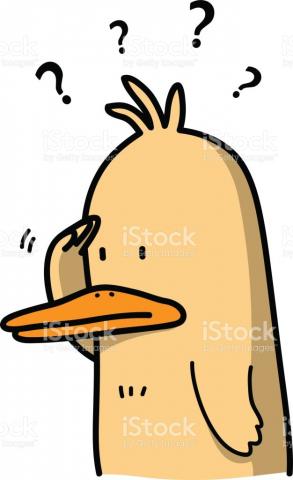