Once upon a time there lived a family Laury, they had five members. There was a grandfather Mark who had  big brown mustache and had no hair, son Lia and his wife Lisu and their two children Tishia and Leo. Grandpa Mark liked to read the newspapers in the morning so he bought them every day.

One morning, during breakfast, Tishia and Leo saw in the newspapers that Mr.Garulja had an experiment with the forest; of course, the experiment did not succeed.

They had to cut the forest, which meant that small animals had no place to live. Tishia and Leo were sad and immediately went to Hinty the bear who had brown fur and he lived near their house in the woods. They asked him to help them go to Mr. Garulja's home and save the forest. They agreed and went to the attic, so Tishia and Leo got dressed in their old Halloween costumes to scare the old scientist.

Grandfather was an old friend of Mr. Garulja and he had an old map in the attic which showed they way to Mr. Garulja's home in the Apennines. They took the map and started their journey.

The kids arrived to the house of Mr.Garulja thanks to the binoculars they had. Mr Garulja' s house was ruined by the experiments he did in the forest.He thought he had a lot of monsters because of those strange sounds he heard in the house.

The door was a bit open and it was one or two o'clock in the morning. Mr Garulja worked on a new experiment.

Suddenly he saw some shadows behind him that made him very scared. The children took the things he worked on and left his house.

The forest was finally saved and everyone was happy, the animals had their homes again. The children and the animals decided to have a party in the forest.

Leo and Taisha were happy about this forest, they were so popular.  Mr.Garulja went missing and now he worked on forest conservation. The Lauri family got two more members of the little Chania and the dog whom they called  Mr.Garulja. They put the map in an old chest in the attic and closed one very exciting chapter of their life. 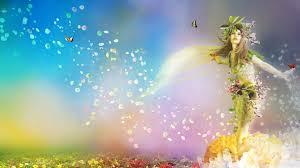