Timmy is looking at his photo album. There are photos when he was young and they reminded him of the great adventure with his friend Zoe and their animals.

Timmy and Zoe had a big, magic, wooden box with toys and animals and on the bottom of the box there were some funny costumes, too. They put them on. Timmy was a dragon, Zoe was an Indian girl and the bear was a pirate. Later they went on a picnic with the rabbit and the squirrel, Maria.

They played on a beautiful valley the whole day .Maria was flying around all the time and she saw something terrible. All the trees on the hill were cut down. They were very sad. It was getting dark and they went home.

The next day Zoe heard on TV about a famous scientist who can help them. Timmy opened the magic box and suddenly there was a map there. They looked at the map and saw a sign next to the castle. It says: “Here lives Bob –the scientist. “

They took a map and started the journey to the castle. They followed the instructions. At half past one the castle was finally in front of them. The scientist was working on his new project and the kids heard some explosions from his laboratory. Because of that Bob didn't hear the kids and they frightened him. Timmy said: „ Sorry“and asked Bob for help.

They told Bob the story about the forest and asked him to make the clouds and rain for the new forest. Bob went to his laboratory and created the lightning and the clouds.

In a few seconds the new the rain started. It rained a few days and the new trees started to grow. The beautiful, new forest was there.

Timmy, Zoe and animals were very happy and made a party till the night. They were dancing, singing and jumping. 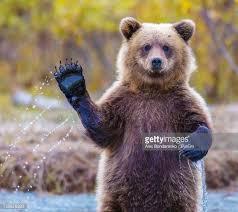