Once upon a time a man called Dr William Hoo, also known as Dr Hoo, was looking through an old photo album. He saw an old picture of hid friends; Olivia, Charlie, Red, Big Bear and Fluffy. Then, he remembered that day from his days as a scientist.

They were in treir costumes and they wanted to suprise their friends because   there is no animal in The Magic Forest which  knows what Halloween is .Red was really happy because everyone agreed with his idea so he was jumping the whole time.

Of course, Red was the first one to get there but, he wasn't happy. '' Oh no!'' he said, ''The Magic Forest is gone! The construction workers are ruinning The Magic Forest's beautiful trees!''. They were all sad, but that didin't stop them from visiting The Magic Forest and having fun, so of course, they thought of Dr Hoo. Olivia was his friend so she knew the way to Dr Hoo's house.

She had a map. But Dr Hoo lived on a mountain, so the way to his house wasn't easy. They had to go through the sea, forests, they were travelling on a train for a while. ''Hooray! We did it!'' Olivia said as they were at their last footsteps to Dr Hoo's house.

They explained to him that The Magic Forest was  dying so  they need help. Dr Hoo already knew what was needed. He made a secret potion that would make the trees grow. Olivia and the others thanked him.

Dr Hoo said ''Be careful, I'm not sure if it'll work!'' but they just ran away with the potion. 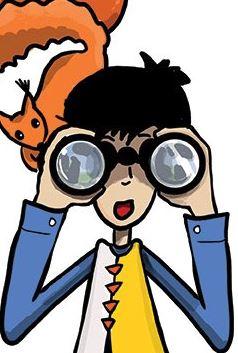