Not so long ago there was a man sitting next to his piano in an old wooden chair. His name was Stephen. He was eating some candies and thought of times long gone, things that took place before any of us was born. Emotions kept coming up – happiness, sadness, joy….Oh, if he could relive his life once again…he wouldn't change anything but do everything exactly the same one more time. With those thoughts he left his piano and went to visit his very old friend. His name is Louis. He's a scientist, a crazy kind of scientist. Some people say he even knew Tesla. Crazy, huh? Louis has invented numerous things. His house is more of a museum. Stephen came to his house at 5 o'clock sharp. They were sipping their tea and had a long walk down the memory lane. So Louis came up with an idea: „Let's turn back the clock. Let's see if my inventions work!“ Stephen couldn't say no. The clock started going backwards and in a minute they found themselves in their childhood. Stephen was a little boy and his childhood best friend Claire was standing right next to him. He remembered how adventurous they both were and how they did lots of things with their animal friends. On the road…looking for new things…exploring. One day as they were exploring the attick Stephen and Claire found a wooden chest full of old toys, letters, drawings..Among those things they found a map. It was a very interesting map, like the one you find in stories. Looking into it more closely they noticed there was a small island. Our adventurous souls set off to their epic journey through forests, mountains, fields, lakes…Their animal friends accompanied them –Ted the Rabbit, Ray the Bear and Lisa the Squirrel. On their journey they got a little help from the God of the Wind Anemos who took them on his wings and showed them the beauties of nature one can only imagine. Suddenly they got to the X point and were shocked by the scene. Someone cut down the whole forest and banished all its residents. Although in the state of shock Louis remembered he had a bottle of potion in his left pocket and they sprinkled it all over the cut down forest. It immediatelly started growing again and brought back the life in it. Stephen decided to build a small cottage on the edge of this beautiful forest and preserve it from those who might want to hurt it again. 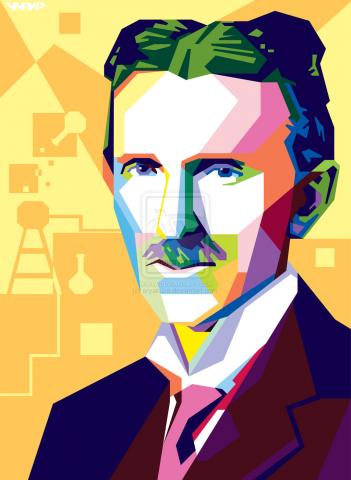