This is WonerLand! A beautiful place were animals talk and walk like humans! It looks like a normal world, but if you look deeper, you will find secrets, stories and… bad people. Yes, bad people. But let me tell you about Wonderland first. It is a place that contains magic. It has everything that can make you happy! Colours, animals and… forests! Green leafy forests! Spend your time there and you'll be happier than ever!

Lets get back to the part with bad people. This is Larry. Larry is a scientist, and he hates nature, forests and every single animal in it. He has some grandchildren, but he doesn't give them sweets like other grandparents. He just ignores them! He thinks they hate him, and this is why he is alone. So that is where the story begins!

Mike and Daniela are brother and sister. They love nature. They have three amazing animal friends, Berry the Bear, Cici the squirrel and Hopsy the rabbit! One day they found their old toys in the attic and started looking through them. There were many weird stuff in there like these weird binoculars that can see really far! They found some old costumes that they haven't seen in years. Suddenly, there was a strange sound. VRRRRR! Mike grabbed the binoculars and looked. The sound was coming from the forest. Daniela shouted: „Lets go save the forest!“

They packed and ran untill they got to the forest. But when they arrived, the forest was peaceful. Animals were sleeping, eating or playing. They were too tired and they decided to rest before going back. VRRRRRRR!

They got scared and ran to the nearest house. Their animal friends were terrified, especially Hopsy. After some time the noise stopped and they decided to look outside. The forest was gone!

A weird but friendly fox came. It was Richy, Hopsy's old friend. Richy was desperate. He lost his home and was looking for a new one. Cici said that they should use the map to find him a new home.

The first place they visited was a Royal Castle. Richy knocked on the door. A queen opened. She asked with a lovely tone of voice:,, Who dares disturb the magical DRAGON Kingdom?“ She looked down and saw Richy. „ A fox?! GET OUT OF HERE!  I'm alergic to foxes!“ she shouted. They ran away laughing.

The second place they found was the tree of three KoKo Birds. They were crazy so Richy had to pretend he was crazy, too! He almost got stuck in a little hole but he got through. The KoKo Birds said:,, Stuck in a tree there I see! Why are you here tell us my dear!“ Richy said:,, Do I have the honor to live with you guys?“ The KoKo Birds got angry and kicked him out of their hole. He didn't speak in rhymes!

The third place they found was the Super Cool Animal Hotel. When they got in, a pretty bunny lady said: ,,Hello there, my children! Do you need a room?“ She gave them four keys to four different rooms to choose from. Room 100 was a mess! It had spilled juice on the bed, pizza in the bath tub and hundred of flies in the cobweb. „ Get me out of this stinky hole!“ said Richy. They went to the second room, number 105.Everything in the room was pink! Even the water! Richy didn't like it. They got to the room number 150. They opened the door and suddenly BOOM! The room exploded! They saw confetti. The room was for birthday parties! Richy thought it was too noisy. Finally they came to the last room , room number 160. It was dark! The ligts were flickering, there was cobweb all around… This was a Halloween room! Somebody screamed! They all screamed, too, and ran away from the hotel.

They got to a little green forest. It was peaceful. Richy wanted  to build a house there. The friends helped him build it. He was so happy! They were chating and playing when suddenly… VRRRRR! „Go little ones! Let me destroy the forest!“ It was Mr.Larry!

They decided to use their old costumes to fight Mr Larry. They took the costumes out of the bag. Mike was a scary Dragon, with a powerful sword! The sword was actually a broom. Daniela was a dangerous Indian girl with a gun! The gun was an umbrella! Berry was a Pirate! Hopsy was a Knight! And Cici was a SquirrelMan! They ran to Mr Larry's lab! There were some men guarding the entrance. They had a plan! Cici attacked from the right, Hopsy from behind, Berry from the left and Mike and Daniela straight forward! They knocked the men out in five seconds!

They got inside his lab! It was long and scary. They stood next to each other and formed a dragon-looking creature. Mr. Larry got scared and started to fight with a pen! The kids were stronger and won! Mr. Larry was done. He saw a bunch of kids and he realised they were working together to fight for what they love. He realised how amazing that is, and how amazing kids can be! He felt sorry and cried:“ Please kids! Have some mercy! I am just alone and that is why I wanted to destroy the forest. I wanted animals to come and be my friends!“ The kids let him go. He promised never to hurt the forest or the animals again. They all became Nature's Best Buddies, a forest club, but that's another story.

Twenty years later, Mr Larry was going through some old photos. He found a photo of Nature's Best Buddies. He smiled. „Ah! You are all grown up now. I'm so proud. Thank you, my friends!“ 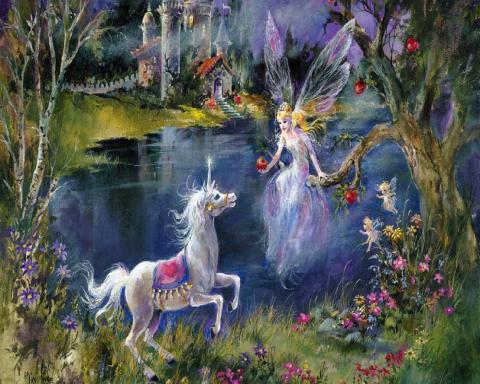