Tom and Sarah are brother and sister. They are almost like best friends. They share secrets, play together and they even have their own stuffed toys.  A bear called Jumbo, a squirrel called Stacy and a bunny called Snuggle. Their grandfather never let them go on garret, so they secretly decided to go. On garret there was a lot of random things. Tom and Sarah found a huge chest full of toys, but when they opened it , the big chest ate them! They woke up on a mysterious island and they were surrounded by a  deep forest. Their stuffed toys were with them, but this time they were alive! They were so happy so they started  jumping around. Later that day Tom was stuck for something. It  was a map, but what they did not know about the map is that an evil scientist was looking for it. He is a bit crazy, so he would do anything to stop them from finding golden sword. The crazy scientist lived in a huge and I mean  a really huge palace. He sent his army to steal map from children. He decided to do that while night when everybody was sleeping.  Remember Stacy the squirrel?  Well,  she  was first awake and she noticed that map was missing. When everybody was finally awake, she gave them masks and told them what  had happened. When they had their masks on, they went to the palace because they thought person who lived  in the  palace had stolen their map. When they were in front of the  palace, Jumbo saw security guards.  The guards let them in, because of their masks (they thought their masks were funny). Their masks scared scientist a little bit, but he threatened them to cut every single tree, so animals can’t  live anywhere any more. While he was laughing , they took the map and ran  away. When they  found a  golden sword because of following the map, they fought with the  scientist and won. Everybody were so happy! They decided to take a picture. When Tom and Sarah woke up , they were sad because they realized that was just a dream, but when their grandfather opened a photo album,  their picture  on mysterious island was still there. 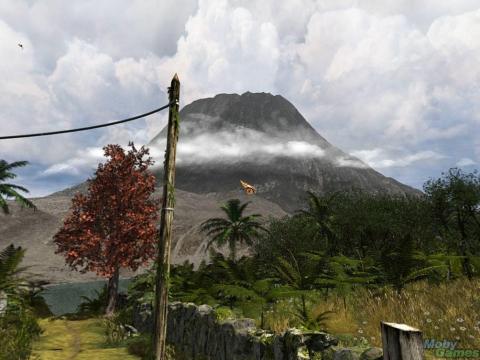