A long, long time ago there was a young boy called Robert. He was thirteen years old. His best friend was Sophy. Sophy was clever and Robert was clever, too.  They had three unusual friends, Kevin the Bear, Emma the Squirrel and Ted the Bunny.

Sophy was a lucky girl. One day after school she found a map. Sophy and Robert packed their bags and started their adventure. Kevin, Emma nad Ted were with them. They had many things in their bags. The most important were the binoculars, and some old clothes they took in case they got wet.

They headed for the first forest destination. When they arrived to the forest they saw someting they did not expect to see. Trees on the ground!  There were a lot of excavators that destroyed the forest. They saw a worried fox through their binoculars. The fox was crying. She was so sad. They offered to help her find a new home. She thanked them and accepted their help.

When they finally arrived to the next forest they were very happy and they saw an abandoned hut and decided to stay there. The map showed them that they were close to a castle. They took all their equipment and headed towards the castle. They decided to explore it. They found some gold. Robert bought a land with the money he got from the gold. He wanted to build a laboratory on that land when he grows up.

He worked on all sorts of experiments, but his main goal was to become an inventor as  Nikola Tesla. His main experiment was the wireless transmission of electricity and when he finally suceeded at it, he went mad. He became a crazy scientist who worked on experiments like creating a lightning flash in a bottle, or a timepiece, or a robot that knows everything.

As he grew older, he no longer wanted to do science. He decided to be normal.  Soon he married Sophy. Sophy was the girl who was his closest friend. She was the one who found the map and had an adventure of a lifetime with him in the forest.

Today he remembers the adventures he experienced as a boy with Sophy. He spends his days with his grandchildren. He tells them stories and shows them photos. And his grandchildren? They like his stories, especially the one where grandpa and grandma found gold. 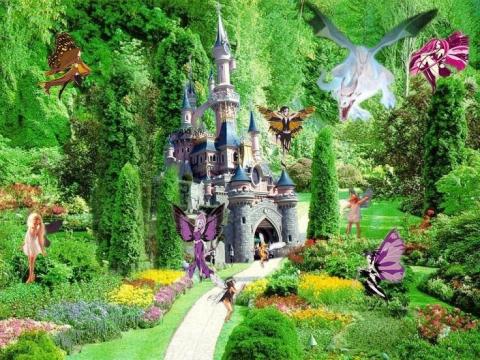