The Evil Scientist in the Family

aThe Evil Scientist in the Family

There were hundreds of theories about him on the Internet, he enjoyed all the attention his outbursts were getting. Some said he was a misunderstood soul, others feared he wasn't a person but a punishment from a bigger force, there were articles on how he was an alien that escaped the goverment. All of this supernatural stuff wasn't close to the real truth, because the real truth is a lot more frightening that an UFO. He was really, plain evil and liked all the damage he caused to others. He once built a balloon that spewed thick green goo around people's heads and made hair fall out, a rocket that that destroyed new cars, and a small blue robot that zapped everyone even remotely happy. But quite possibly his most wicked idea was his new creation, a lightbulb that could make everyone do bad things. It worked like this, once the lightbulb was charged with electicty he could pick a target and their deed, and they'd feel like they need to do it more than anything in the world. They'd feel like they're drowning if they didn't.

His first target were road workers. When he whispered his wish to the lightbulb, every single road worker in the country felt dependant on chopping down trees. They'd drive trucks or take axes and knock down trees until they fell from exaustion. It was broadcasted over the whole world. What had really gotten into all these men?

Anastasia and Martin played in a forest everyday after school. They'd do amateur gymnastics with all the surprisingly intelligent and human-behaving animals. But since there weren't any more trees, all the animals had to move to other, bigger forests where there weren't any road workers yet. Obviously it could get very crowded with all the animals of a country living in one forest, so they started arguing with each other.

Anastasia and Martin didn't like seeing their friends like this, so they decided to ask their wise grandfather for help. When they came to his house, he was looking at his old photo-album. Clear, bubbling streams underneath stone bridges, playing in a green garden...All of that could dissappear withouth trees, really he was as determined to stop whatever higher force was controlling all this. His brother was an evil scientist, and once he even talked about all his evil plans for the future.

“Grandpa, we need your help, how could we make trees grow again?“, Marin questioned.

“You need to find whoever's doing this and stop this.“, he turned around to his table and doodled a simple map. “See here, where the X is. Go there and explore a little, you'll find what you need.“

And so Anastasia, Martin and their animal friends walked around what used to be a forest, there were still exhausted men sleeping on the floor. But looking at them again, Anastasia saw little sparks flowing from their head, connecting in the sky and travelling somewhere beyond their eyesight. Martin pulled out his red goggles, and looked around. The sparks travelled to a small house in the middle of nowhere. Around there was a tone of the green goo, so whoever did this wasn't that good in hiding themselves after all!

The gang made a plan. They dressed in elaborate costumes they found in a chest in their grandfathers basement and returned to the house next morning. Surprisingly, the door was wide open and they easily got in. They went down sets upon sets of stairs to the cellar. They heard their target and withouth thinking went through with their plan. All the gymnastics payed after all, since they easily jumped onto each other and formed the shape of a dragon.Together they screamed while their shadow stood behind the scientist. In deep shock, he fainted and dropped the lightbulb.

And just like that, the Earth was saved. The evil scientist went to jail for all the bad he'd done, and was forced to  build a lightbulb that would make trees grow again. Everything was back to the way it was. Safe, green and happy. 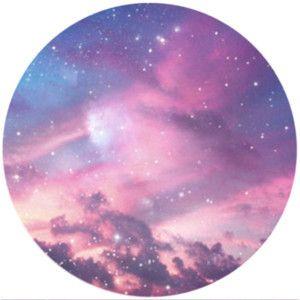