One day Mario and his friend Karla were playing outside but then it started to rain and they had to go inside.

The boy´s grandfather was looking at some photos in an old album. They were curious and came closer. So then he decided to tell them a story. And it was something like this…

One beautiful day I was playing with my friend Malia, a bear Bruno, a rabbit Karlo and a squirrel Lea in the forest. We were playing hide and seek. Suddenly Lea came to Mario with tears in her eyes. She saw something terrible. People were cutting down the forest. Bruno and Karlo were also sad. They will have to leave the forest and go somewhere else where they won't have any friends. Mario and Malia decided to cheer them up somehow. But they didn't know how. Suddenly Mario said that they could go up to his attic and maybe find something interesting in an old chest that he had. They were happy again. When they got there they started looking through the things that were in the chest. They found some costumes. On the bottom of the chest there was a map. It was a hidden treasure map. They took it and decided to go to the castle and find the treasure. They put on their costumes and left.

There were many obstacles on their way but they overcame them all. At the end of the road they had to get the chest key. But the key was guarded by a crazy scientist. I know, in a normal story the key was guarded by a dragon or some monster but in our it's a scientist because he made this map and puzzles in ti. First, they decided to send Lea to grab the key because she was little and he wouldn´t be able to see her. But she didn't succeed. So they sent Karlo but he had no luck either. In the end Bruno got an idea. They will scare him using their costumes. His idea was successful. He was so frightened that he ran off and they could take the key. When they came to the castle there was one more puzzle to solve. But it was easy for them.

They found sweets and a lot of toys in the chest. Everyone was very happy and Bruno, Lea anf Karlo forgot about their problem at least for a while. But that's a story for another time. 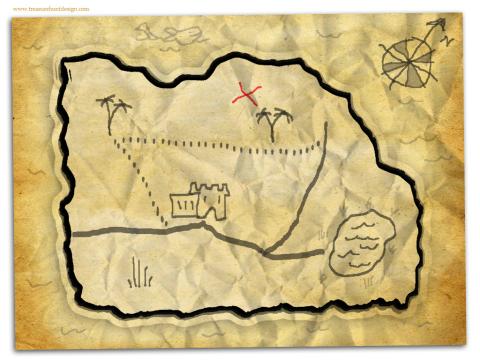