One day the team imagined a plan. Everyone had their job. The first boy was John, the next girl was Michelle, and the last one was Peter. John always knew how to scare everybody, and Peter was very wise and clever. Michelle was the boss. If you wanted to say a secret or suggestion you first have to ask Michelle. But I must not forget the fast flyer Bolt. Bolt was very useful because he would reveal every secret from the enemy. Boss Michelle told her to meet in the basement at 3 pm. All gathered and started making a plan. They drew every facility, hill and every street. Their enemy was Mr. Nile. He also had a security guard in case someone attacked him. The team knew and prepared for the action. Michelle said she would be back tomorrow morning at 7 o'clock. The team could hardly wait tomorrow morning because they had to take an important Nile's certificate. They went a long way and they finally came. When they came they watched them using the binoculars and saw all the security guard and the enemy. The first step was to walk in front of the security guard. The security guard read the newspapers and he did not even hear or see because the team was very careful. Finally, they came to the most important step. And that step was made to scare Nile. John was scared, and Nile jumped. First they asked Nile where the treasure was found, because there was a mere confirmation of what the team needed. She was silent and did not want to tell where she was. Michelle found herself unable to tie Nile because she did not want to say. Then he admitted. He said that the treasure was in the room under the bed. The woman immediately ran and took the certificate. Of course, they immediately started with the demolition of the trees and wanted to cut trees to plant new and beautiful ones. Now, that was the time when teams and their masters dropped the wood. Their enemy Nile had something to do. That rain fell to prevent their work. Unfortunately, that was too late. Masters have already cut down the wood and planted new. Michelle, Peter, John and Bolt defeated the enemy and fulfilled their desire. They were very happy and satisfied because they had the most beautiful one. 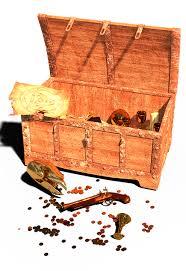