Once upon a time in Scotland lived a scientist. He was known for granting wishes with his magical light bulb. He wanted to make people happy and let them have whatever they want but not to spoil them. People loved him and would always approach him whenever they needed help.

One day, an old man decided to visit the scientist. He wanted to go back to his youth with his girlfriend and his unusual pets.

"Could you make it happen?"- said the old man. "I can make anything happen. You name it, I'll do it."- said the scientist. He was working on it for 10 minutes. He used the magical words: "ZOOM, ZOOM, ZOOM! By the greatness of your power, dear Lord, let this man and his friends go back to their youth." In less than a second through the door came a little 13-year old boy. He was dressed as a dragon. He had 3 friends with him: a girl dressed as a pioneer, a bear looking like a pirate and a little bunny dressed as a knight.

But the scientist forgot to tell the old man that there's a repercussion when he grants wishes - people have to do everything he tells them to do. The kids were a bit disappointed and wanted to give up the journey, but however they decided to listen to the scientist because they really wanted to be young. He told them that they have to find a chest loaded with toys in a house on a mountain top. The chest will be given to the poor. The kids liked the idea and wanted to help the non-wealthy ones. They started their journey and went across the deserts and mountains to find the chest. It was an exhausting journey for the children but they knew it was for a good cause and that gave them motivation to continue.

The hardest obstacle was going through the desert without any food or water. But they somehow managed to survive. In the desert they ran across a greedy unicorn that wanted the toys for itself. The children didn't let it continue the trip with them because he had to learn what's important in a happy life. They also met a fox whose habitat was destroyed because people were cutting down trees.That's why she was wandering through the desert. She continued the journey with them. Then, they entered the unknown woods. They met wolves, monkeys and wild parrots. The wolf wanted to eat the fox. It was very scary and the children didn't know what to do. The fox ran deeper into the unknown woods and found a bat costume. Then she came out as a bat and scared away the wolf. They were tumbling in leaves and climbing trees. They had their survival mode turned on. It was so fun that they almost forgot their task.

Then, it was nighttime and it was even spookier but there was no going back.

The chest was in the mountain range Highlands and they could already see it. They were slow because there was no time limit set for them. They explored the forest and found out a lot about trees and plants. The bear ran into his old family in the woods. A fire was lit and smores have been made and eaten very, very fast. They slept in the bear cave during the night. The next day the team set a task-to find the chest as fast as possible. They went in a mine. They used an elevator to get to the top of the mountain. They were very happy because they were seconds away from making people happy. When they finally got to the mountain top the boy said: "I see it! I can see the house". He ran ahead to enter the house and see what is inside of it. The rest of the team ran after the boy while shouting:"We made it! We found the house where the chest is!" Once they came in the house and opened the chest they saw a lot of toys, teddy bears, balls, dolls and some blankets and pillows for the harsh winter. They took the chest and hurried back.

When they came back to the laboratory, the scientist told the team that he will grant one more wish that they all agree on him granting. "We want people to stop cutting down trees so that our friend the fox could have its habitat back."- said the bunny. "That is a great idea! Let's go for that."- said the girl. The scientist was so proud of them .

The fox went back to the same place where it used to live before. The team greeted the scientist and travelled across Scotland to give away toys, blankets and pillows.

Now, the whole world knows about their brave and selfless actions. And this is going to impact many upcoming generations and their way of thinking. 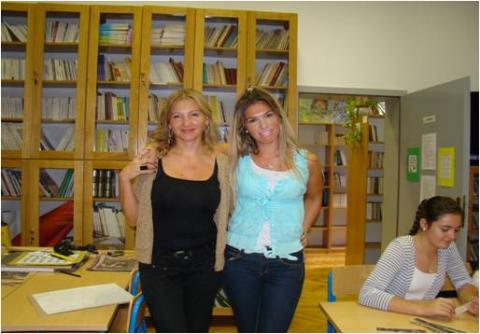