Once upon a time there were 5 friends: Mark, Lilly, John, Clark and Sandy. One day Mark was looking around the yard with his binoculars. Suddenly, he saw a crazy scientist who was making a secret plan while watching a light bulb. The kids wanted to find out what the plan was, so they dressed up in their Halloween costumes and they went to scare the scientist. Mark dressed up as dragon, John was a pirate, Lilly an Indian girl, Clark a knight, and Sandy was a superhero. So they came into the scientist’s lab and they tried to frighten him.  Indeed, the scientist was really frightened, so he ran away.  Clark found a map on his desk. The map said: Come from the east, and follow the tracks by the castle, throw the woods, and by the tent, you will find the Red Cross. On the back of the map was a note. It was explaining the scientists plan. He wanted to find a mysterious treasure that was hidden in the woods .Also, the scientist was watching a light bulb because he was thinking that the bulb was magical. The kids followed it, but they stopped in the woods to play. They were having so much fun that they forgot all about the map and the cross. Everything went well, until one day when some diggers came and they destroyed the whole forest. Sandy needed to find a new home. Isn`t that sad?

Mark: ( while watching the picture album) What good adventures we had! Maybe we could meet again. We never found the treasure, did we? I will try to call Lilly. (calling)

Mark: Hello, Lilly, how are you? Maybe we could meet in the old woods tomorrow at 6pm.

So the next day they all met in the ex  forest. It was now a big supermarket. The kids were all old and gray. They were now grandmothers and grandfathers. Mark brought the map, so they all started to look around the supermarket. Suddenly, John found an underground door. He couldn’t open the door all by himself, so he called his friends to help him.  There was some soil under the door. They started to dig and a few hours later they all saw a brown crate. John got it out of the hole, but there was no key around. Sandy smashed the crate and little gold coins fell out of it. At the bottom there was a letter: “Dear founder, keep this treasure safe. It is 1000 gold coins from the 17th century.

-Wow, look how old they are!”- Lilly screamed.

So they did, and made a whole fortune on them. 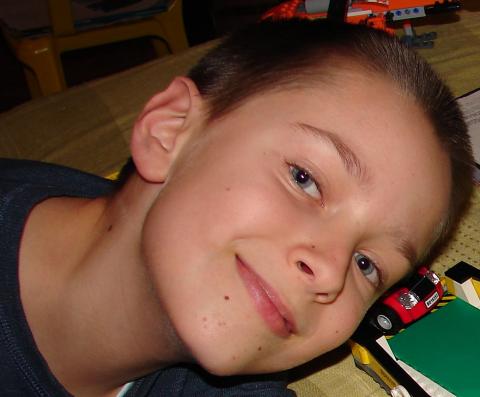