Not just another story

It was a dark and stormy night, a scientist named Albert Moustache was working on a big project.

He wanted to get rid of all trees and plants. And why you ask? It’s because he has... allergies.

[thunderstruck and dramatic music]... WAIT, WHAT?  That is the only reason. Whatever, let’s just get back to the story.

So, he made a lightbulb that can charge a lot of machines at once. He was all proud and happy with his work. He said- ''No more sneezing for me.'' Ironically, he sneezed.

The following night he began with his plan. Machines started to cut off all the trees in the forest nearby scientist laboratory. That forest was a home to many animals and creatures and now they had to find a new one. So sad.

The next day, a boy named Balthazar saw this tragedy with his binoculars and said - ''Oh no, this is bad.''

''I want to see it'' –said his younger sister Darcy that just yesterday celebrated her 9th birthday.

Next to them is a bear named Bruno who was very angry at the scientist. He thought to himself- ''How can anybody do such a thing?'' Bruno was holding his friend Oscar, a little fluffy rabbit that is actually really, really fast. And on top of Balthazar's head was a squirrel. I don't know her name because Balthazar never named her. Darcy calls her Ellie but Balthazar doesn’t like that name.

''We have to do something.''- said Balthazar-''We can’t let an evil scientist to do such a thing.''

So they got to their house and went to the attic. They found an old treasure chest that had a lot of cool costumes and toys in it. They are definitely using that. They also made a map that showed the path they have to go through to get to the scientist’s laboratory. They drew a lot of funny stuff on that map, like an owl, a castle, a snake, a train and a lot more.

Then they dressed up in fancy costumes and went on an adventure.

''So how do we stop the evil scientist?'' -they asked themselves.

''I think that is not going to work.''-said Balthazar.

''Then let's just scare him to death.“-said Darcy sarcastically.

''Wait, Darcy that is brilliant. We can scare him and then he is going to hand over a lightbulb.“

Bruno, Oscar and the squirrel were ready to scare some people.

When they got to the scientist’s lab it was night, so they could easily scare him. They made a scary shadow on the wall that looked like a monster. Balthazar said in a deep voice- ''Hello Albert!''. He knew his name because it was written on the door.

Scientist immediately got scared and asked- ''Who a-are you? How t-t-the you know my name?''.

Balthazar said- ''I am your WORST NIGHTMARE HA HA HA!'' He almost laughed because how funny it was.

Scientist, now even more scared then before, said- ''W-w-what do y-you want?''

Scientist was now so scared he grabbed his suitcase, threw his papers in it and ran away.

Oscar, the rabbit, quickly grabbed the lightbulb and they got out of the lab. Balthazar took the lightbulb and broke it in to little pieces. All of a sudden, all trees were growing back and in no time the forest was back where it belongs.

Balthazar, Darcy and their friends saved the forest. They were happy and they lived happily ever after. OH, I DID IT AGAIN...

''That is enough for today, children, now go to sleep.'' 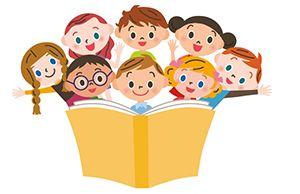