An old man, Teddy, decided to go through his old album full of childhood photos.

Looking through the pictures, he saw a particular one that brought back one of the best memories of his life - his biggest adventure.

Teddy, his best school friend Maddie, a fluffy rabbit, a not so scary bear and a little squirrel were playing with his toys which he kept in an old, big box. There were all kinds of toys there, so they had a great time.

At the bottom of the chest with toys they found a mysterious treasure map. There was a big red X marked on it. They decided to go out and investiate. They went through the forest looking for what they imagined to be a big treasure chest full of jewelry and gold. On their way through the yard, while playing, jumping and singing, they found some weird costumes. They wanted to look like they were in a movie, so they put the costumes on. Teddy dressed as a dragon, Maddie as an Indian chief, the bear as a pirate, the squirrel as Batman and the rabbit as a soldier. Teddy would throw the squirrel in the air so it would look as if he was flying. They were playing for a long time. The Sun started hiding and the Moon was coming out.

While they were playing, a weird scientist called Frankestein II was in his lab doing experiments. Everybody knows that his experiments went wrong quite often. Suddenly, lights started flickekring and he did not know what was happening. He got so scared when out of the nowhere the group appeared in his lab. How did happen? All of a sudden he remembered having read in his experiment book that if the light experiment goes wrong, it teleports the nearest people to the place where he is.He quickly did another experiment to bring them back where they had been before. The experiment was quite successful.

The kids were in the yard again, but without their costumes. The yard was not the same old one. Bulldozers had cut down all the trees, making the little fox cry as she had lost her home.The children and their animal friends were very sad for the forest. They were also sad because they did not find the treasure chest. They comforted each other, trying to find a good reason to look bright into the future. After a while they realized they were happy only to be together.

The map didn't lead to the treasure chest, but it lead to a big treasure: FRIENDSHIP. 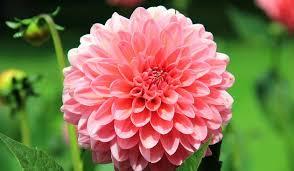