One day in the forest near Nottingham some people came and started cutting all the trees in the forest. They wanted to cut the trees for industry and make some profit. Some animals were sad because they lost their homes and food.

Some children were playing there just before the workers came. They were Zvonko, Mirna, rabbit Bit, squirrel Ivan and bear Marko. They were from Vukovar, Croatia.

Meanwhile, Zvonko and Mirna's grandfather was looking at a photo album and eating his steak. The adventures of his two grandchildren were in those photos.

A crazy scientist lived in Nottingham, too. He saw a monster in his own laboratory. Actually, it was the children and some animals. They came to his house because they used to live in it some years ago and they were bored.

Some of their toys were left in the attic when they sold the house.

Surprise!!! They found an old map of hidden treasure. Something was written on the map...The treasure is hidden in a ruined forest.

The kids immediately went for the treasure hunt. They prepared themselves well; they armed themselves in case of some danger. Their clothes were funny - literally, as if they were going to some crazy carneval.

Some people saw them and laughed at them, so they decided to take off their costumes and change into their usual clothes.

They continued their search for the treasure. They walked and walked until the bunny saw a village and shouted: ''Let's go into the village, my stupid friends! I'm so hungry! Maybe we could buy some burek (burek = a Croatian word meaning a salty cheese pie) and drink some yoghurt!'' So they all had a little meal.

In the end, the crazy scientist's laboratory exploded! Oh, my God! It was so funny! The scientist didn't know what to say... He joined the Azerbaijan ballet where he dances for a fat and clumsy audience. He is also fat and clumsy, of course!

When the children found the treasure they bought a new forest next to Liverpool for all animals to live in. Both the children and the animals were excited and happy. They all lived happily for the rest of their lives. Well, every story ends like that, doesn't it?

Zvonko and Mirna returned to Croatia and put some more pictures of their new adventure into the album. Their grandfather was so proud of his grandchildren! 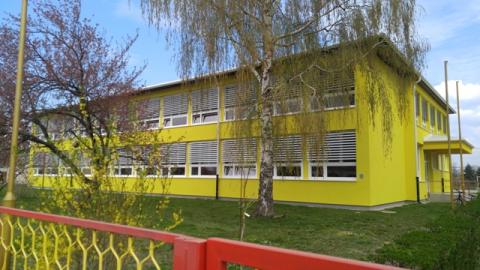