Once upon a time there was an old man. His name was Aiden. He lived with his wife Manon in a small cottage in a village called Melandorf. He had a long moustache and was always wearing glasses. He was nice to everybody and always ready to help. As a child he was curious, brave and a team leader.

One day while he was cleaning his work room, he found an old photo album.

-Ha, very funny. Know what, I’ll tell you a story from my childhood. I was seven years old and I had many friends…

As I said, I had many friends. My best friends were: a bear called Teddy, a rabbit called Doc and Alan the squirrel. Teddy was very big and fat. Every time we played hide and seek, we would hide behind him and nobody would be able to find us. On the other hand there was Doc. He was so small that we could hardly see him. Alan the squirrel was very clever. He had won every math competition he participated in. My sister’s name was Viviane. We were very close when we were kids. We got in trouble together and had a lot of fun.

One day Teddy, Doc, Alan, Viviane and I were walking down the street. We saw a castle. The castle was old and damaged so we looked inside to see what was in it. We found an old chest. We thought that there was treasure in it so we opened it. We found costumes and a map of Melandorf. We studied the map and decided to follow it.

We came to a place marked with a cross on the map. We were very surprised and sad when we saw what was before us. A forest Alan had lived in was being cut down. We talked to workers and explained that this forest is home to hundreds of animals and that it shouldn’t be cut down. They ignored us and continued with their work. We were very angry but we couldn’t do anything. Alan was very sad and cried all night. We tried to cheer him up so we put on the costumes we found in the castle. I was a dragon, Viviane was an Indian, Teddy was a pirate, Doc was a knight and Alan was a superhero. We were walking down the street and making noise all day.

The night came very quickly. We were tired, hungry, and needed shelter. We saw an old house and knocked on the door. We heard someone’s voice but nobody showed up. We didn’t know who was in there. We knocked again. Despite the silence, we started telling our story hoping that someone was listening. As soon as we finished, we heard a click and the door opened. Standing before us was a crazy looking scientist. He had short hair and a huge nose. He was wearing a weird suit and protective glasses. His house was cramped and full of inventions.

-I saw the shadow of your costumes and got scared. – he said – and sorry about your loss Alan.

-I’m very sad. – Alan whispered – I wish that it could all go back to normal but it can’t.

-Wait a minute, who said that the forest can’t grow again? – asked the scientist – I might be able to invent a machine that could rebuild the forest.

The scientist offered us a place to stay over the night. We went to sleep and when we woke up the machine was already done. We found our way back to the forest. The workers were there already. We found a place where we were to try out the machine. I pressed the red button. Suddenly there was a flash of light. When we opened our eyes the forest was just as it was before. The trees weren’t cut down and the animals were back.

One of the workers shouted – What kind of trickery is this?

-We’re under attack. – the other one added – I wouldn’t want to mess with these wizards. Let’s get out of here.

The other workers agreed on leaving the forest and ran as fast as they could until they were out of our sight. They never dared come to the forest again.

We were very happy and pleased. We have been playing in the forest every day since that moment.

-Unfortunately, she passed away a few years ago from a rare disease. – said Aiden.

-Oh, I’m sorry. What about your friends? – asked Manon.

-They’re still living in the forest. We should invite them for dinner sometimes.

-Yes, we should. I’d like to meet them but I’m not quite sure if they’d like human food.

He put the album where he found it and continued cleaning the room. 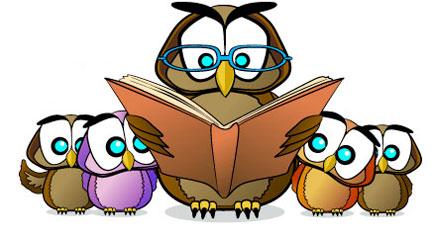